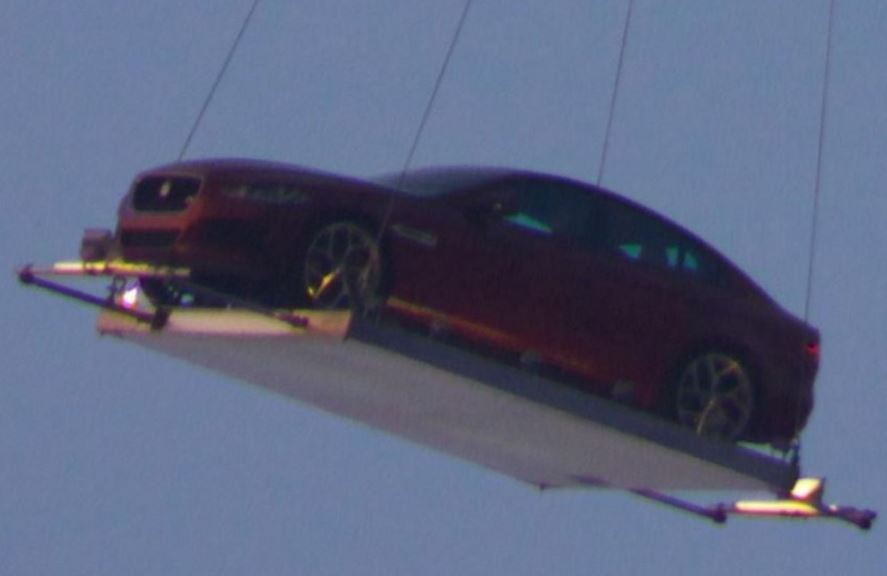 The upcoming Jaguar XE S might not be a great surprise tonight, where the sports car is schedule to debut at 19.15 P.M, as the model in question has been caught on a shot, while being airlifted for transportation at the launch location.

Spy photographers from the Dutch publication Auto Week have managed to shot the latest Jaguar XE S, while being airlifted by a helicopter.

We are talking about some blurred shots, but one can depict the real body shape of the Jaguar XE S, coming in tis plenitude and splendor.

We don’t know exactly if this was the company`s intention of transporting the model without a camouflage, or it was just an accidently leaked situation.

The fresh Jaguar XE S is the British company`s smallest sedan, being offered with powertrains which are set to be more fuel efficient, but still offering extraordinary driving experiences at top speeds that exceed 200 km/h.