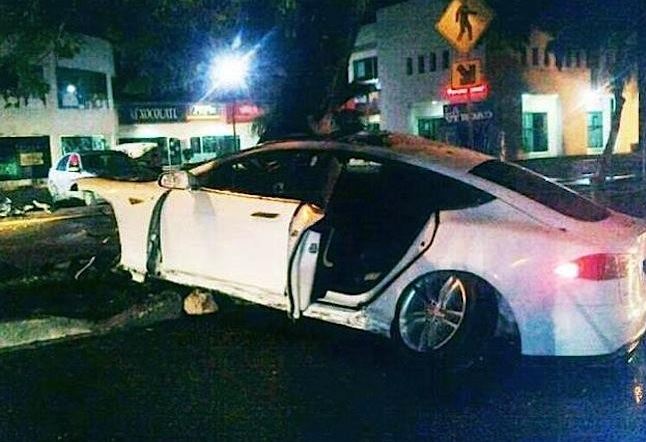 After a very good start with their Model S, it seems that Tesla has been cursed with quite the bad luck, with a second unit catching fire after a crash.

While the effect this second incident had on the company has yet to emerge, we do have a nice statement regarding it.

This second crash and fire involves a reportedly drunk driver that managed to crash his Model S through a wall, eventually stopping into a tree. Tesla had this to say:


“We were able to contact the driver quickly and are pleased that he is safe. This was a significant accident where the car was traveling at such a high speed that it smashed through a concrete wall and then hit a large tree, yet the driver walked away from the car with no permanent injury. He is appreciative of the safety and performance of the car and has asked if we can expedite delivery of his next Model S.”

While the release is a nice effort, chances are that the bad press will harm the stock of the car maker, and even an NHTSA investigation might incur.