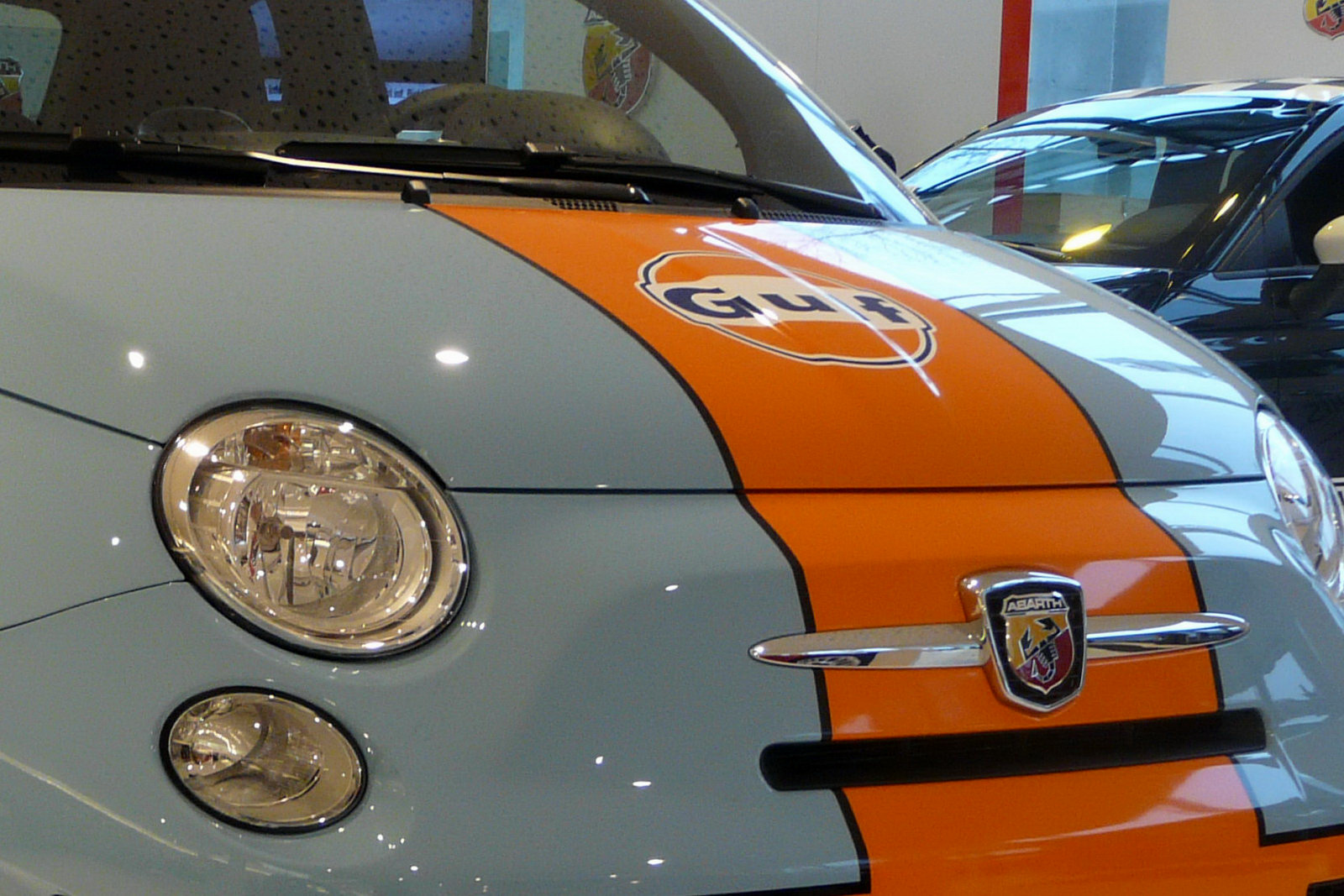 As just about any style oriented motorist with a somewhat limited budget will tell you, you can’t do better overall than get yourself a Fiat 500 Abarth.

And as any total anorak will tell you, in terms of endurance racing few cars have a better look than the color scheme offered by the Gulf Racing team.

Can you imagine what sort of an impact you could get if these two things were to be combined?

That’s the sort of shock and amazement the Italians are going for.

While so far we’ve only got a rumor about this becoming a production car, we’ve already gotten to the point where images of the actual car have hit the Internet.

While the look, the style, the pedigree can’t really be ignored, there’s an important issue with any Fiat 500 that’s been tuned up by Abarth.

As far as we know, nothing is going to be done to this car in terms of performance updates and that’s just fine.

While more power would be interesting the Fiat 500 Abarth, especially in SS trim is about as much as you could ever want.

Besides, if you want a car with the aerodynamics of the Fiat 500 that has about the same number of horsepower you probably have no idea what’s the importance of the Gulf colors.

As we’ve seen before, this custom painted edition of the Fiat 500 will be limited to a run of just 10 units, all of which will be sold in Luxembourg.