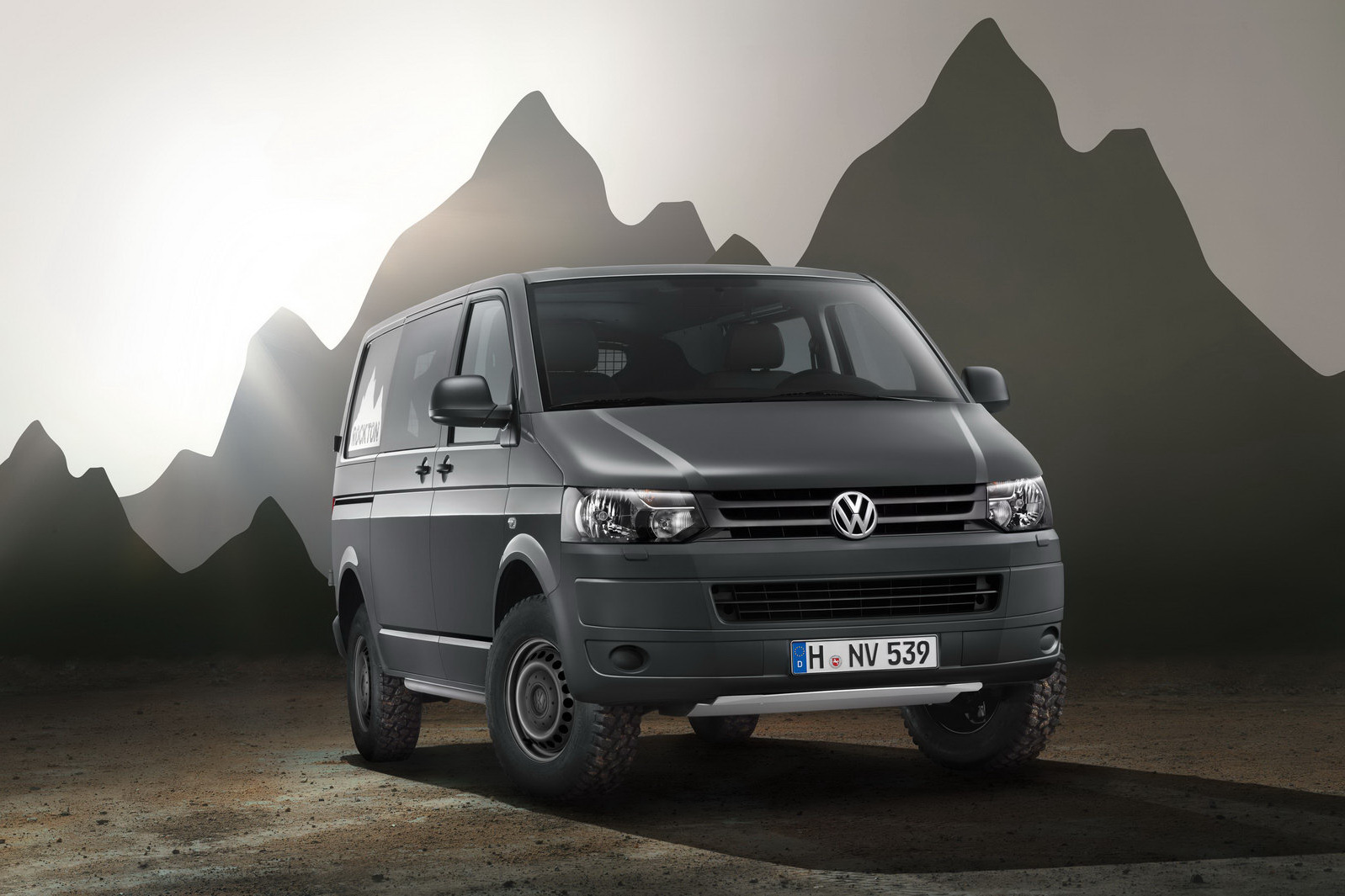 The Germans, busy people from what I see. In between trying to lay their hands on Alfa Romeo and extending contracts they put out some new models such as this.

This is the Volkswagen Transporter Rockton and the name is about as suitable as they can get.

The rough and tough name and look imply that this version of the VW Transporter means business.

By business I don’t mean that it’s going to ferry businessmen to the airport. I mean while this has VW’s the 4motion badge on the back the four wheel drive system underneath has its origins within a Haldex system.

The four wheel drive system of the VW Transporter Rockton is helped along by big chunky tires and an uprated suspension system. The new suspension has better … everything and a higher ride height by about 30 mm.

If you’re the sort of person who appreciates an aggressive look you’ll probably have enough with that but if you feel like going off road you may also be interested in one optional extra. The VW Transporter Rockton can be offered up with a Protective Package, which includes underbody protection plates.

The protection covers up everything from the engine and transmission all the way back to the fuel tank and the exhaust system.

As far as engine choices are concerned, the Rockton doesn’t really have many. There’s only one 2.0 liter turbocharged diesel engine which is available with a 140 horsepower or a 180 horsepower tune.