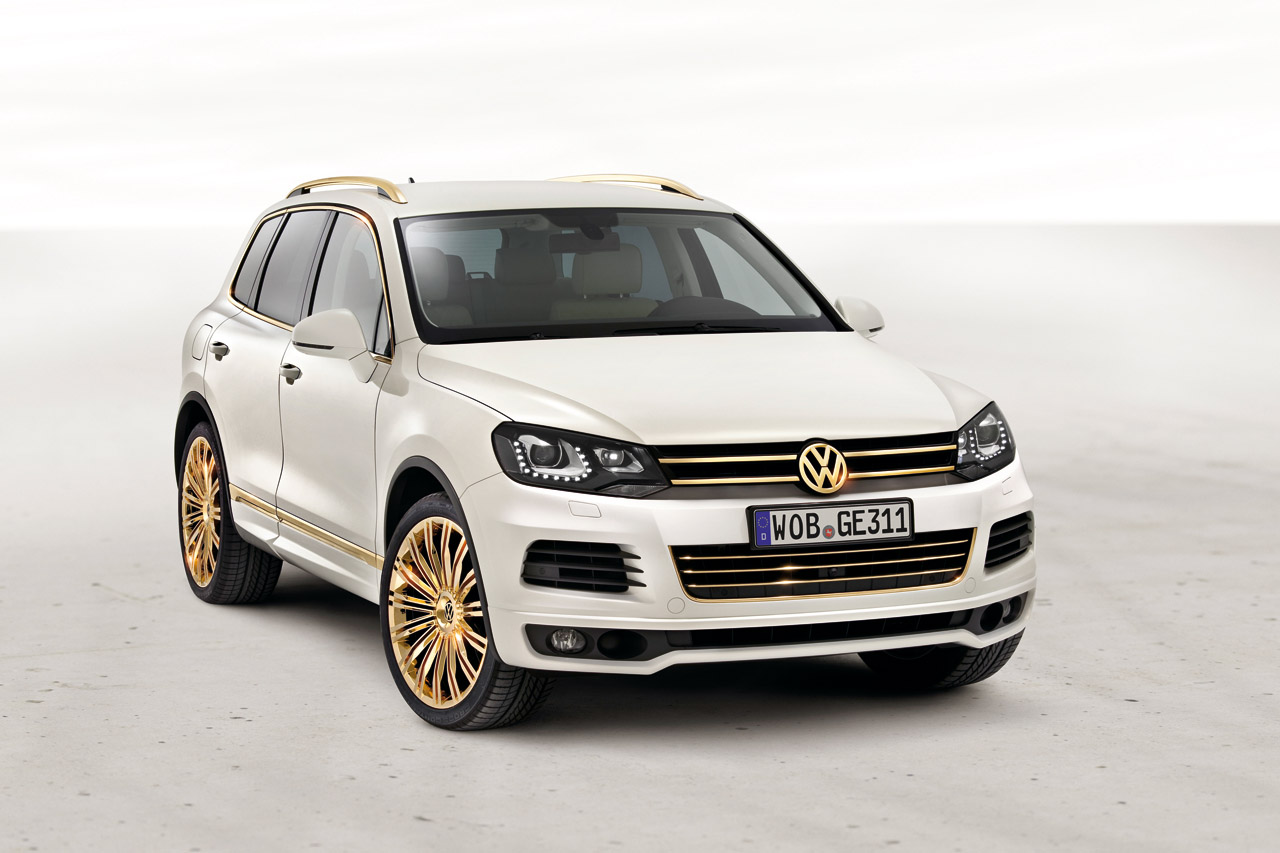 I don’t really know how well Volkswagen is selling cars in Quatar but I’m thinking it’s more than the average country.

This is because after launching the XL1 fuel economy monster there, they’ve also revealed a not so eco-friendly version of the Volkswagen Touareg there.

I’m not aware of what engine powers the VW Touareg Gold Edition but I’m willing to bet it’s not a lovely fuel saving diesel or hybrid. I feel at freedom to make this assumption because of the main selling point of this special edition is, well, gold.

For a long while known to be a hit with the Persian Gulf crowd, the precious metal covers many important details of the 2011 VW Touareg shown here.

I find it a bit weird, even though I don’t like the look of gold, or the extensive use of it on the Gold Edition Touareg, it doesn’t look as bad as I would’ve imagined.

Oh and by extensive use I mean the 22-inch wheels, roof rails, window frames, door mirrors, grille surround and certain parts of the interior. All of those parts are covered in 24 karat gold and the expensive parts list doesn’t end there.

Alcantara roofliner, Nappa leather seats, natural brown leather and Walnut Burr veneers, these are just some of the expensive stuff that’s been crammed inside the special Touareg.

All in all, not a bad effort and I’m guessing VW know their market excellently by the looks of things.