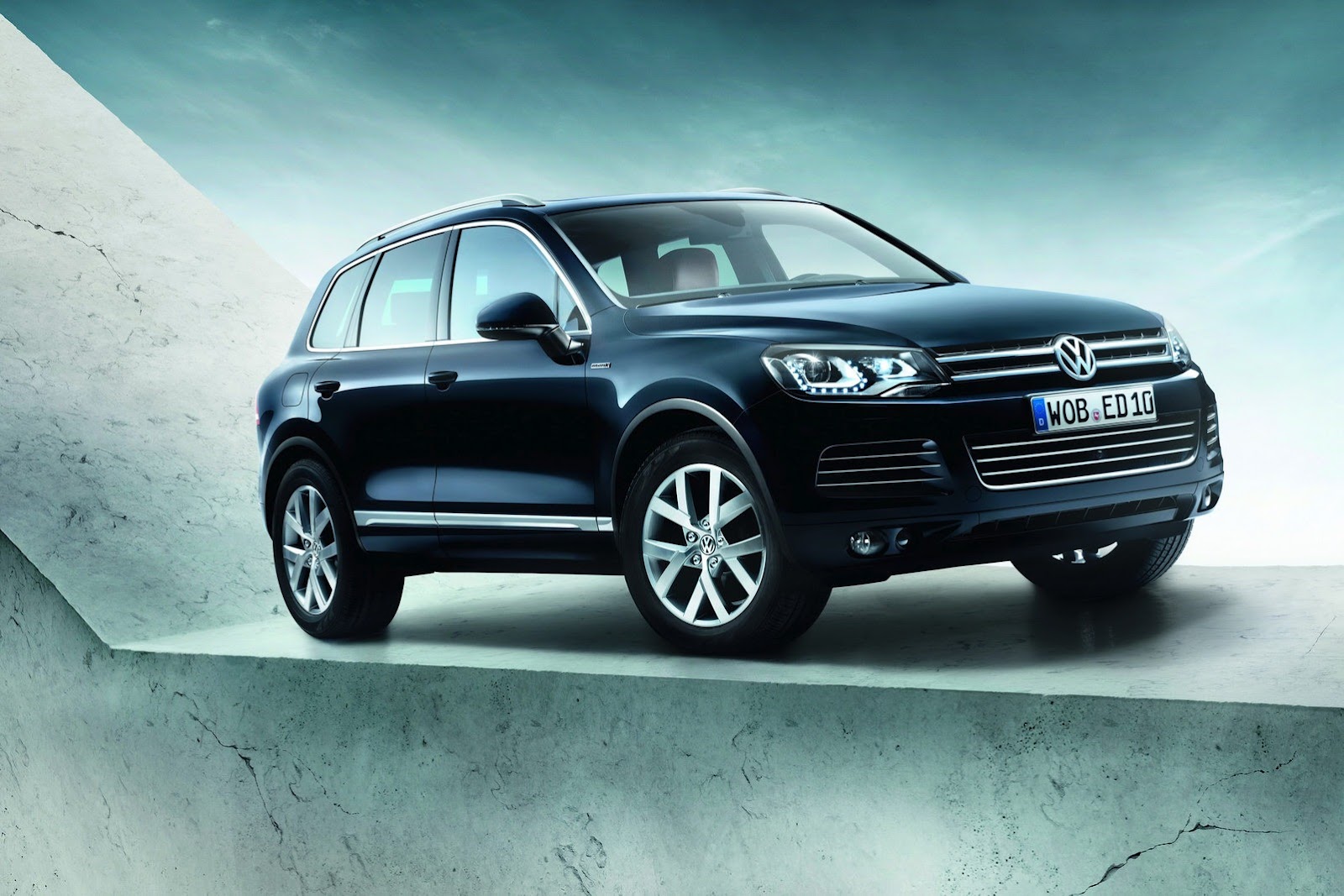 I might not have a long enough memory to remember the fact that the Volkswagen Touareg was originally introduced 10 years ago.

I might actually have a much better memory than that but I couldn’t care about the Touareg. The Germans do care about the People’s SUV so they’ve given it a special edition.

Being German they’ve missed out on the interesting branding so the new special edition is called simply the 2013 Volkswagen Touareg Edition X.

Thankfully, they’ve thought a bit more advanced than the Romans when it came to the looks. The new exclusive Touareg is finished in Moonlight Blue Pearl Effect.

With those new 19 inch ‘Moab’ alloy wheels and the new trendily stylish silver anodized roof rails you’re bound to make an impression wherever you park.

But wait, there’s more, you get a panoramic glass roof, bi-xenon lights up front, complete with LED sexyness and tinted lights round at the back.

Unlike most of these special anniversary editions the 2013 Volskwagen Touareg X will not be limited as far as the number of people that can buy them is concerned.

What will make sure not to have people lining up to buy this Volkswagen Touareg X Edition is its price. It’s quite the hefty sticker, even for VW.

In Germany at least, the X edition in its pious V6 TDI BlueMotion form will be starting at around €61.025.