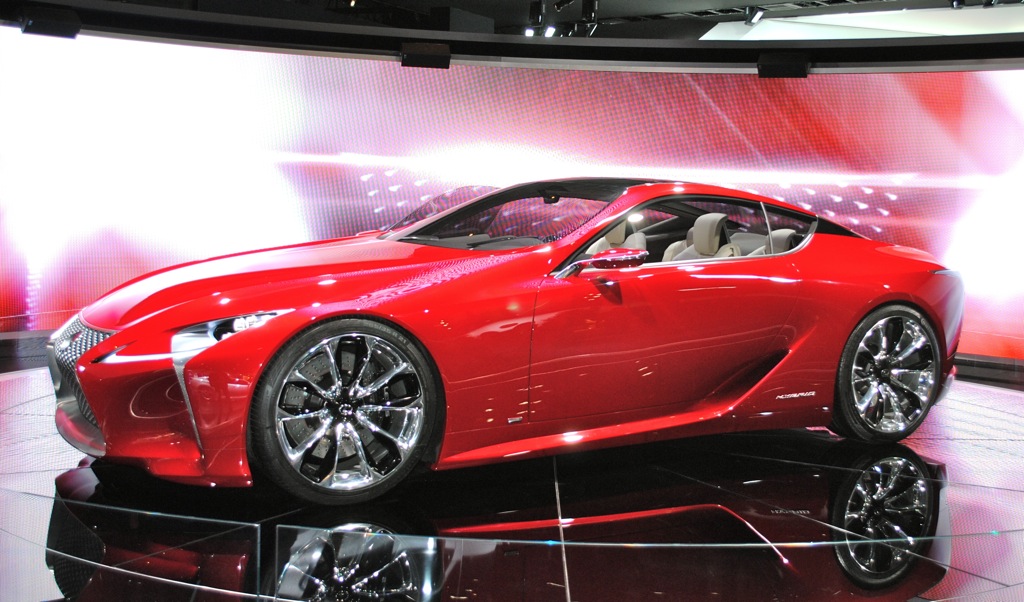 The truth is that despite being Toyota’s luxury division, there’s no denying the sort of differences between the two company’s products. There’s still something holding them back though.

That’s the boring factor, the overly sedated feel and presence that both companies seem to stick to no matter what.

Lexus have done plenty of things to shake it off and the newest thing they’re trying is more than interesting. It’s regarding the production of the stunning LF-LC Concept.

The two-door sports car/gt/whatever is reportedly headed for production. That’s not all though.

Unlike the ever-delayed and ultimately not market enticing Lexus LFA, the LF-LC is expected to have quite a different life.

The car itself will likely be less impressive. It looks better, it will actually be seen in public on more than one lifetime occasion and it will have a much more interesting story before launch.

Reportedly, Lexus HQ have presented their dealers with a bit of a contest. Under the banner of 2012 GS Challenge, the dealers who sell 27.500 units of the GS sedan, will win.

Their prize is going to be the opportunity to sell the newcomer, the 2014 Lexus LF-LC’s production counterpart.

I don’t usually like corporate ideas, especially when they word sales is involved but in this case I’m more than pleased with the idea.