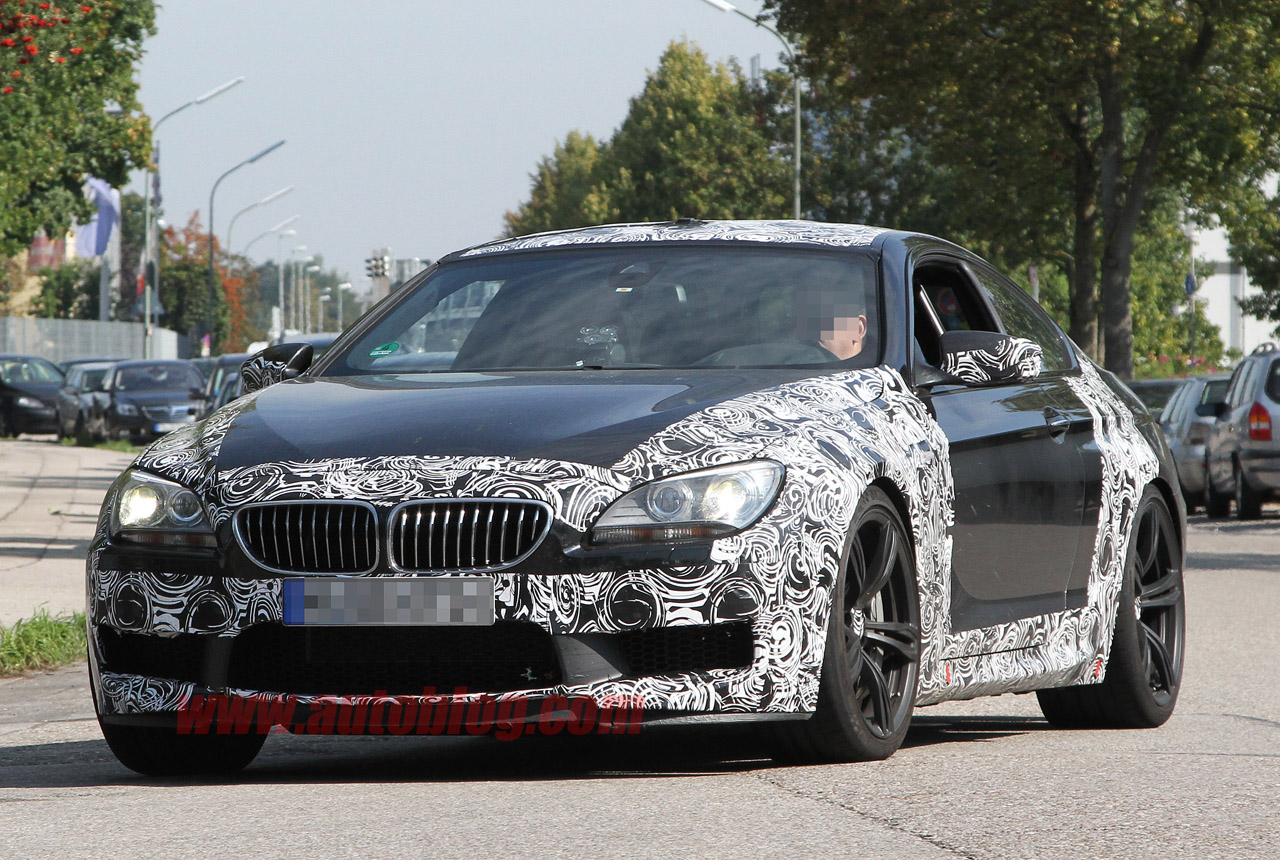 With the 2011 BMW 6 Series out and about for such a “long” time now, it’s no surprise to see the Bavarians making some considerable progress on the hotter version.

That’ll be the 2012 BMW M6 and it’s just been spied out again and about with less camouflage than ever before. After all, at this point, we do know what to expect.

BMW isn’t messing about, even though there’s clearly a more aggressive body kit involved, there are no spoilers and no aerodynamic giveaways as to what’s under the bonnet.

It’s pretty much the right way to develop an M Sport prepped BMW, there’s a lot of added performance in the mix but there’s very little if not no giveaway in terms of appearance.

Most likely to look like a regular six series will also mean that the 2012 BMW M6 will also be available in a convertible shape beside the currently visible coupe.

Under that sizeable bonnet it’s almost certain that BMW will fit the same twin-turbocharged 4.4 liter V8 engine you can see in the 2012 BMW M5.

That means the M6 will have 560 horsepower and 501 lb-ft of torque to play with, all of which will be headed towards the rear wheels via a special seven-speed dual-clutch transmission.

Let’s hope that by the time the 2011 Frankfurt Motor Show opens up BMW will be giving us a few added details on this hot super coupe.