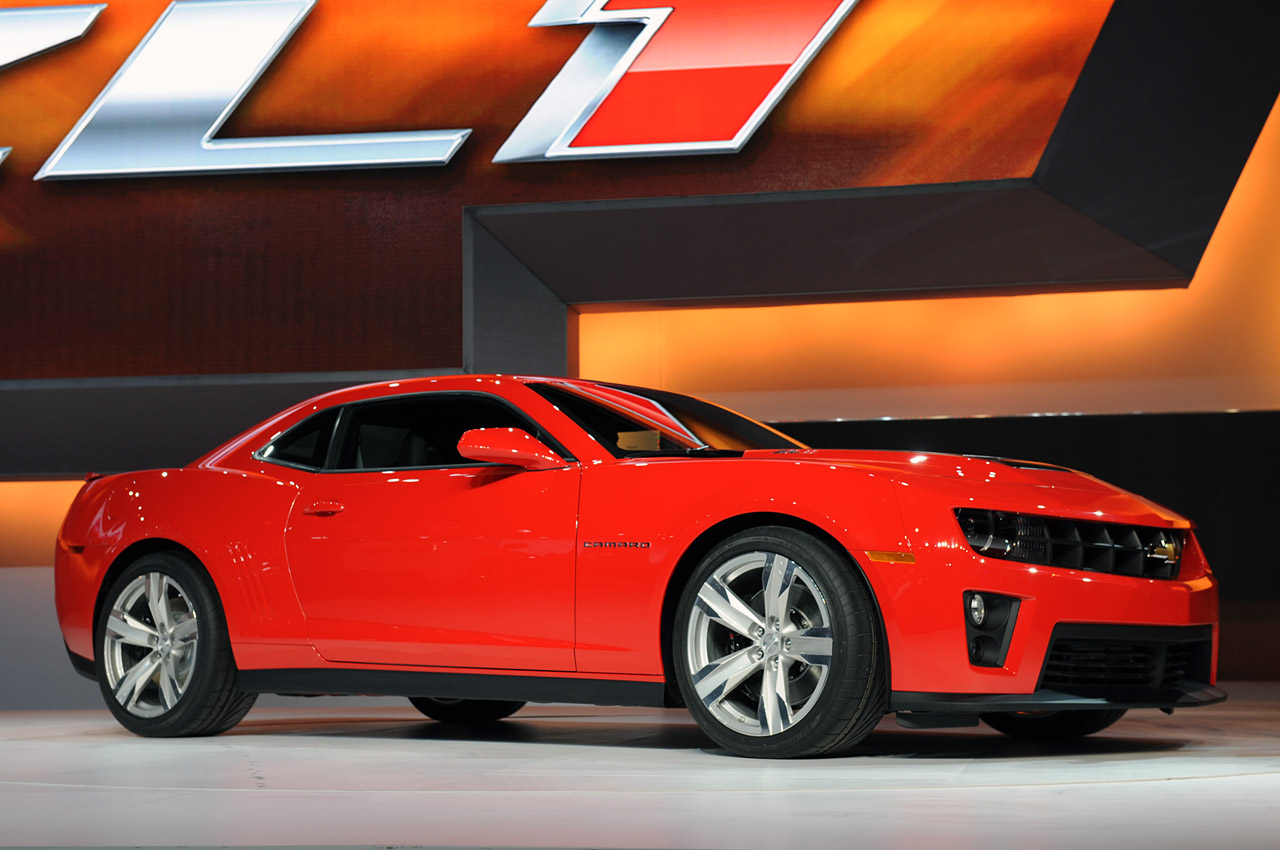 If you’re a fan of Chevrolet as a brand or General Motors as an entity, you will almost certainly be eagerly browsing news feeds, blogs and twitter updates for anything fresh on the 2012 Chevrolet Camaro ZL1.

Actually, the 2012 ZL1 has attracted far more interest than that and it has actually gotten to the point where its one of the most highly anticipated cars of 2011.

Since it is a muscle car, most of the the temptation of the best version of the 2012 Chevrolet Camaro ZL1 is to be found in what’s under neath the bonnet.

I’m sure Chevrolet will tend to the ZL1 having all the technical gizmos and handling upgrades it needs to decently put down its power but let’s face it:

Most fans, potential customers and pub fighters demand to know just how much power the rest of the upgrades the 2012 Chevrolet Camaro ZL1 will have to deal with.

After initial reports of 550 horsepower and 550 lb-ft of torque the ZL1 gets a new chance. These “old” figures would have placed it on level playing ground with the existing 2011 Ford Mustang Shelby GT500.

Rumors however, now claim that Chevrolet’s 2012 ZL1 Camaro could get bumped up to anywhere north of 570 horses and a similar amount of torque.

Ford is apparently already at hard at work making a faster, intercooled version of the Shelby Mustang GT500 with suspension and handling developments being done at the Nurburgring.

With some 620 or so horsepower, we’ll see Ford take back the most powerful muscle car crown but since that Shelby is scheduled for 2013, we can safely say that the soon to be launched 2012 Chevrolet Camaro ZL1 will have a decent reign.

All interests aside, I’m not that concerned with how much oomph comes out of the now familiar supercharged 6.2 liter V8 as I am with the sort of noise it will generate coming from the exhausts of the ZL1.

This is mostly because I see the Chevrolet Camaro ZL1 as being the pantomime dame of the American Muscle wars. As long as it can at least keep up with the competition it is definitely an interesting vehicle to behold.

After a debut at this year’s Chicago Motor Show, we expect to see Chevrolet launch the Camaro ZL1 sometime in the fall.

On track with this schedule are the current power output rumors which are said to be generated from people who know what results the ZL1 got on its recently completed SAE tests.