2012 Green Car of the Year goes to Honda Civic 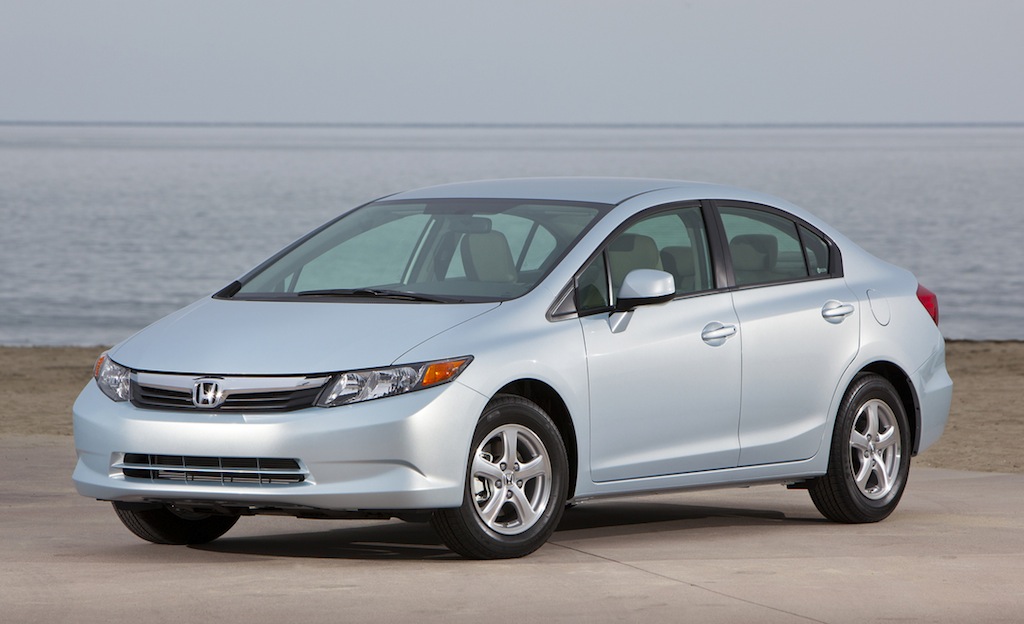 Honda haven’t really had the best of success with the recent iteration of the Honda and though they plan to sharpen up their efforts it’s not about to happen very soon.

Despite this, the Honda Civic has seen a strike of luck at the 2011 Los Angeles Motor Show as it just got an award to last it through next year.

It is the 2012 Green Car of the Year Award, possibly one of the most contested titles ever given out in the automotive community.

Last year, the same title went to the 2011 Chevrolet Volt and it didn’t exactly go down without a fight as critics and enthusiasts collided on the matter.

This time, the Civic Natural Gas is a rather more conventional, safer approach but probably won’t go uncontested either.

Mostly because the 2012 Honda Civic Natural Gas is, in no way something revolutionary or progressive. Cars with natural gas as an option for fuel aren’t exactly that big a set of news.

Also, the latest facelift of the Civic isn’t exactly loved for innovation, technology or new engine options since it doesn’t really have any such things.

Mind you, if there’s something the 2012 Honda Civic Natural Gas has going for it is to be seen in the reliability factor and the pretty low price for a “green” car.

After all, some 26.000 dollars for a small sedan that’s apparently eco-friendly enough to win a special award from the though crowds in Los Angeles is not bad, not bad at all.