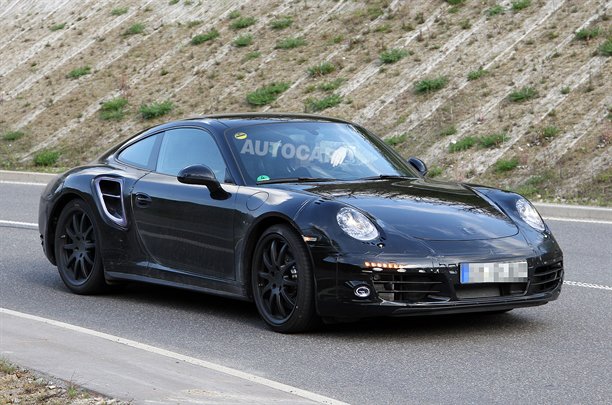 Porsche let us boil on a few rumors of what they have in store for us with the 2012 Porsche 911 and it is only today that they officially gave us comment on the matter.

The new technologies promised by the 2012 Porsche 911 were simply expunged from the record and it seems like no big surprises in store.

Sure, the 2012 Porsche 911 is going to be slightly bigger, slightly better, faster and such than the previous model, but that doesn’t really say much.

Original claims of a full lineup of 911 models using KERS and or hybrid powertrain systems were dismissed by the performance car maker and thus making interested parties lose interest partial in the future car.

According to Autocar, the website who was fed this information during an interview, the denial of such technologies goes even further as to say that the Porsche 911 will not be a hybrid in the near future.

A couple of generations from now this may or may not happen, and when and if future generations of the Porsche 911 will be hybrids they will most likely use a plugin setup that isn’t aimed at efficiency.

When Porsche 911’s of the future will rely on a little bit of extra help from one or two electric motors they will be working in conjunction with the PDK gearbox in order to encourage drivers to rev higher.

For a company that is generally found within the high performance regime while still being extremely fuel efficient that proves that Porsche’s 911 still has a sporty origin.

The only and very progressive bit of technology that will eventually be put in the 2012 Porsche 911 and just about every version that comes after it is a new set of materials destined to save weight.

A focus has been placed on trying to obtain brand new lightweight steels, aluminium and magnesium alloys. The idea behind this sort of materials used in the 2012 Porsche 911 would make for lightweight cars while not using carbon fiber.

That in return means that these new materials will lead to lower production costs while still leaving a bit of a problem with corrosion.

It means that another important research area for Porsche at the moment would, according to Wolfgang Leimgruber, being the board member for production that there is a lot of studying done on coating methods.

Starting with a new car loaded with technology and ending up with a slightly refined version of the old one that still performs admirably and encourages sporty driving we can see one truism here.

The brand new 2012 Porsche 911 offers relatively the same technology and while being a new model it’s exactly the same as the old one.