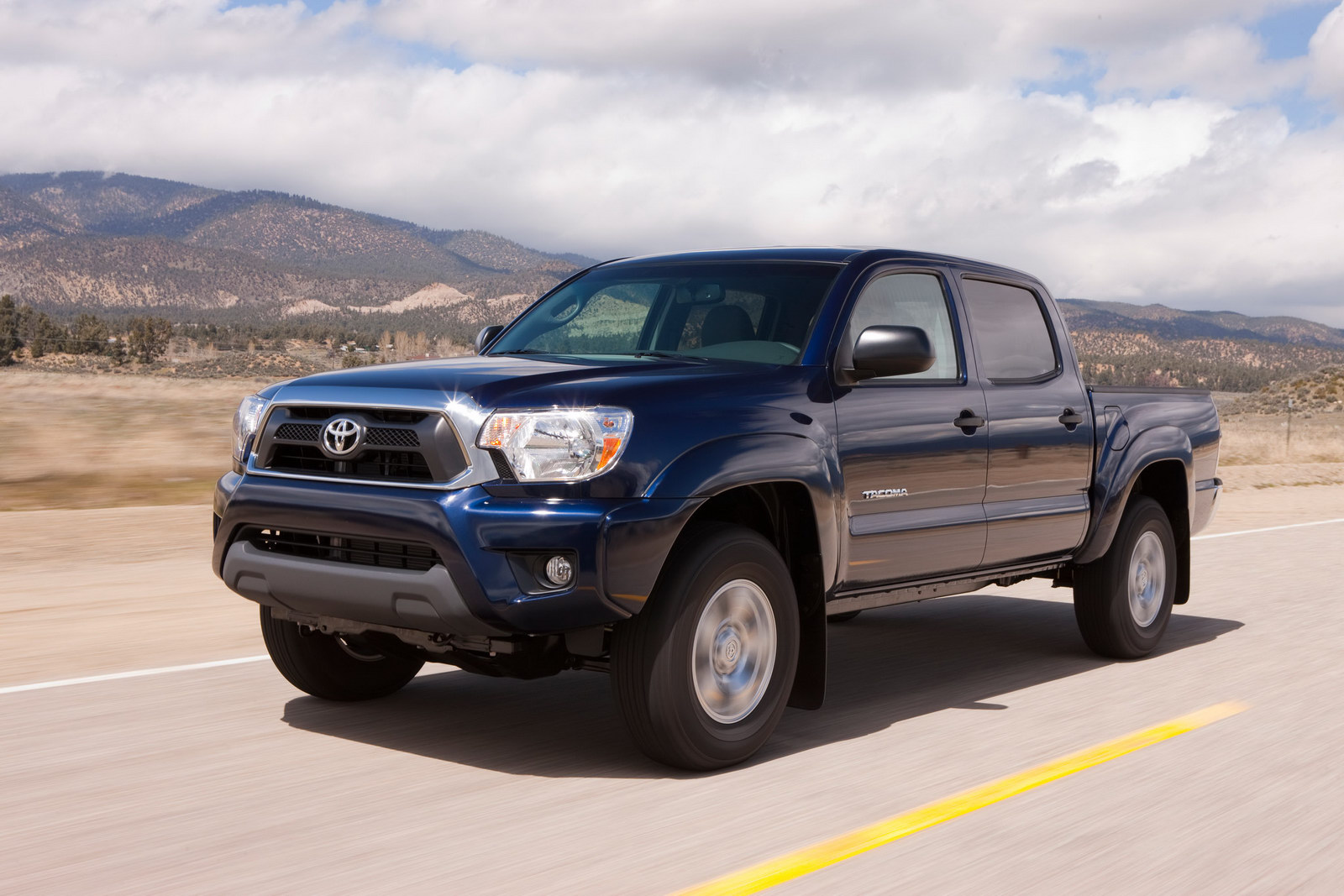 Here it is pickup fans, the first serious photo shoot, with a modicum of details, on the 2012 Toyota Tacoma.

The Japanese version of how a pickup truck should be like seems to have changed in between the 2011 one and a new look for the future.

A future that’s aggressive, murderous and generally full of violence but who cares, the new 2012 Toyota Tacoma really looks the part now.

Sadly, on what’s going on underneath there’s not that big a change available. The engine lineup remains pretty much the same, as does the TRD Supercharger option.

Probable output ratings for the new 2.7 liter four pot is most likely to stop at 160 horsepower and 180 lb-ft of torque whereas the V6 will churn out 236 ponies and 304 lb-ft of torque.

You can’t expect much more from a practical vehicle with working men in mind so we might as well focus on other things that may or not be relevant.

That’ll be the heavy-duty all-weather flooring on Access Cab and Double Cab models and the waterproof fabrics that are optional on some versions of the 2012 Toyota Tacoma.

On the somewhat more fun side, the stereo systems seem to have improved regardless of standard or optional choice as has the new standard and optional pick.

Another plus from the gadget oriented Japanese have given us a plus on the navigation front as well as a special Entune infotainment system. Both of these come as standard with the Double Cab V6 2012 Toyota Tacoma.