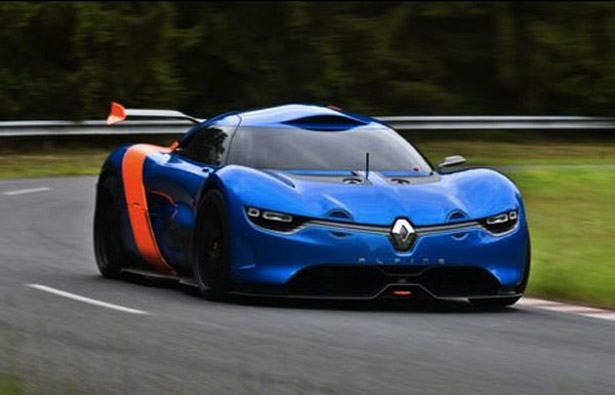 I really hate it when this happens; a manufacturer change their plan to release a car and they showoff all sorts of things except the actual car.

The French at Renault are planning to unveil a new followup version of the infamous Alpine sports car range tomorrow. Once an image and some details were leaked online, things changed.

Renault isn’t ready to tell us everything but they will instead try and hold us back with a set of teasers that weren’t scheduled to turn up.

That’s the annoyance, since you’re already changing the plan, why not go ahead and actually do an unveiling of the car.

Couldn’t the balloons be hired a day before schedule or something? It just seems mean of Renault to do so but nevertheless, we shall carry on.

The teaser part is actually quite generous as it consists of several new images of the Renault Alpine and we’re even seeing it referred to as a concept (sigh) wearing the A110-50 designation.

A Renault DeZir concept influence is still obvious in terms of design but there is a considerably larger amount of racing aero bits.

There’s a rear wing of considerable proportions, there’s a roof scoop and though we’re told it has some ground clearance it’s not exactly easy to spot.

It seems that the 3.5 liter V6 engine is now mid mounted and available with a confirmed 400 horsepower output.

Can we wait until tomorrow to find out the rest? Obviously, but it would’ve been so much better to find out today.