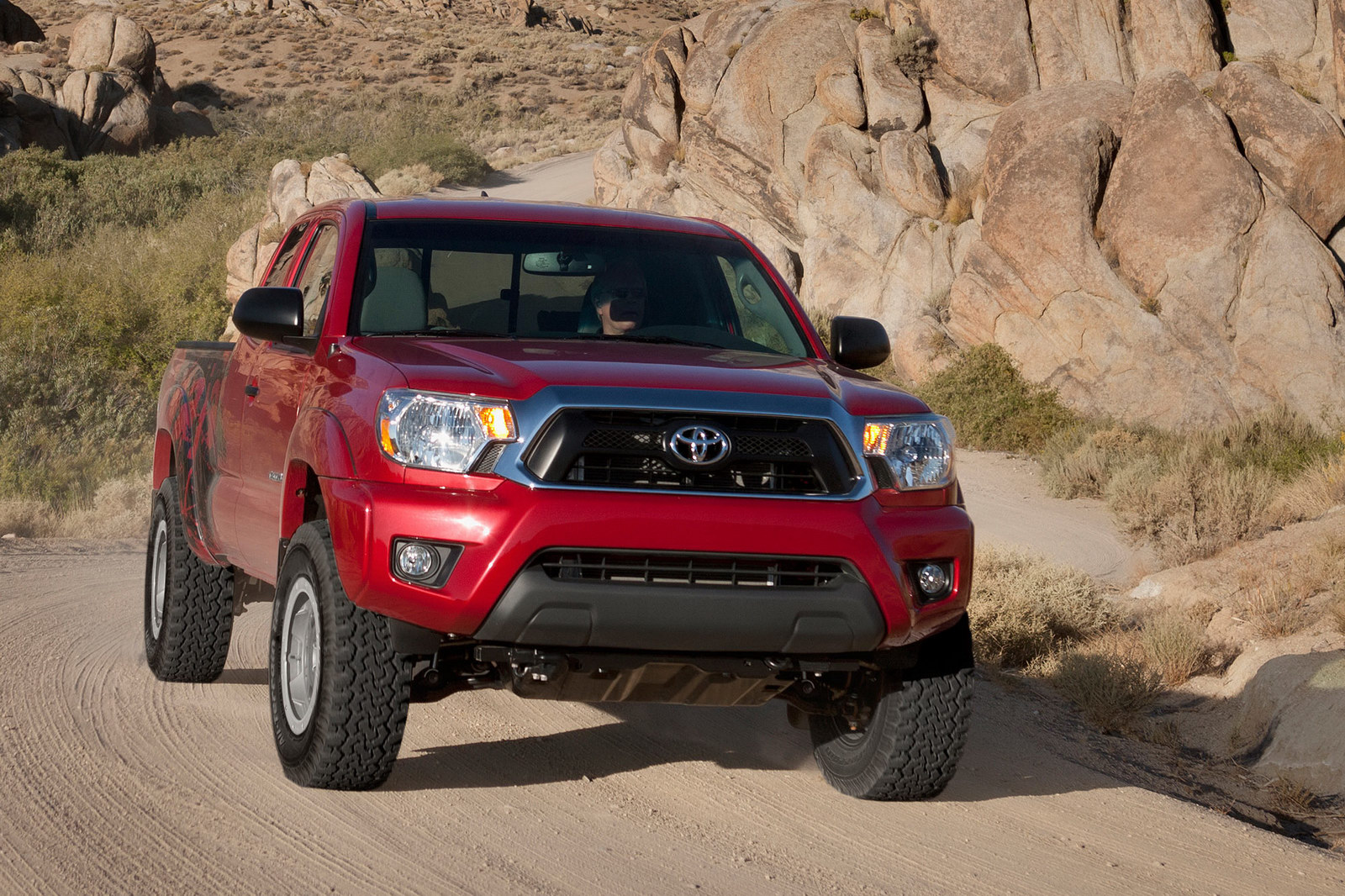 Following in the steps of the brilliant and still market leading Ford F-150 SVT Raptor, the Japanese have scrambled and brought out a serious off-road truck out of their Tacoma pickup.

Just unveiled at the Texas State Fair, the 2012 Toyota Tacoma TRD T|X Baja edition is basically as much Baja racing technology as the company saw fit to place on the road going pickup.

No pricing, availability, production details and such were given out but, while Toyota managed to really come through and bring this special Tacoma to the market, it’s still lagging behid the SVT Raptor.

Despite that fact, there are still some good selling points to be made in favor of the Baja spec limited edition 2012 Toyota Tacoma.

To begin with, it’s expected to be cheaper, then, given the 4.0 liter V6 engine Toyota is using in it, we expect it to be considerably more fuel efficient than the big V8 Ford regardless of the five speed automatic or six speed manual gearbox used.

Not to be left behind, Toyota made a few changes to the appearance of both the interior and exterior of their 2012 Tacoma TRD T|X Baja Edition.

Further details are expected to turn up when the Baja Tacoma closes up to production in the beginning of next year with a market launch expected for the late spring.