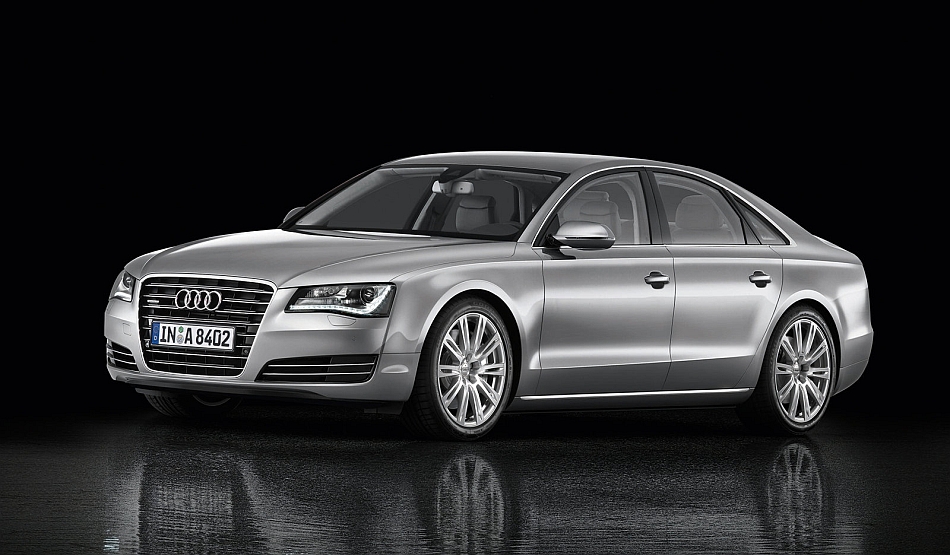 The EPA is yet to be involved but independent reviewers have started testing out the 2013 Audi A8. There’s a lot of stuff to test with such a car.

All luxury cars these days come with so much equipment it’s seriously tricky to run through the entire thing. What they do or do not test is reflected in the write-up at the end.

Until that happens though, there are a few simpler tests to undertake and a few more interesting results to showcase. Stuff like this.

Car and Driver got pretty familiar with the Audi A8’s newest version, in 4.0T short wheelbase form and they’ve even posted the fuel economy figures.

18 way adjustable seats are fun but the eyes of the whole world do sit on environmental situations such as these. Having filled up and drawn the line the testers managed 17/28 mpg city/highway.

Once again, we’re dealing with the sort of fuel economy numbers that don’t impress the true hyper milers of this world but they are respectable nonetheless.

These levels are 1/2 mpg better than the more pompous long wheelbase version but, critically, it’s actually similar to the V6 engined version of the car.

If we’re to really want to go into the analysis of the situation, the 2013 Audi A8 V8 turbo actually has similar fuel economy to what hatchbacks of the fat weight 90s would manage.

That’s what one has to call progress and there’s just no denying that the A8 is really muscling in on high end luxury territory.