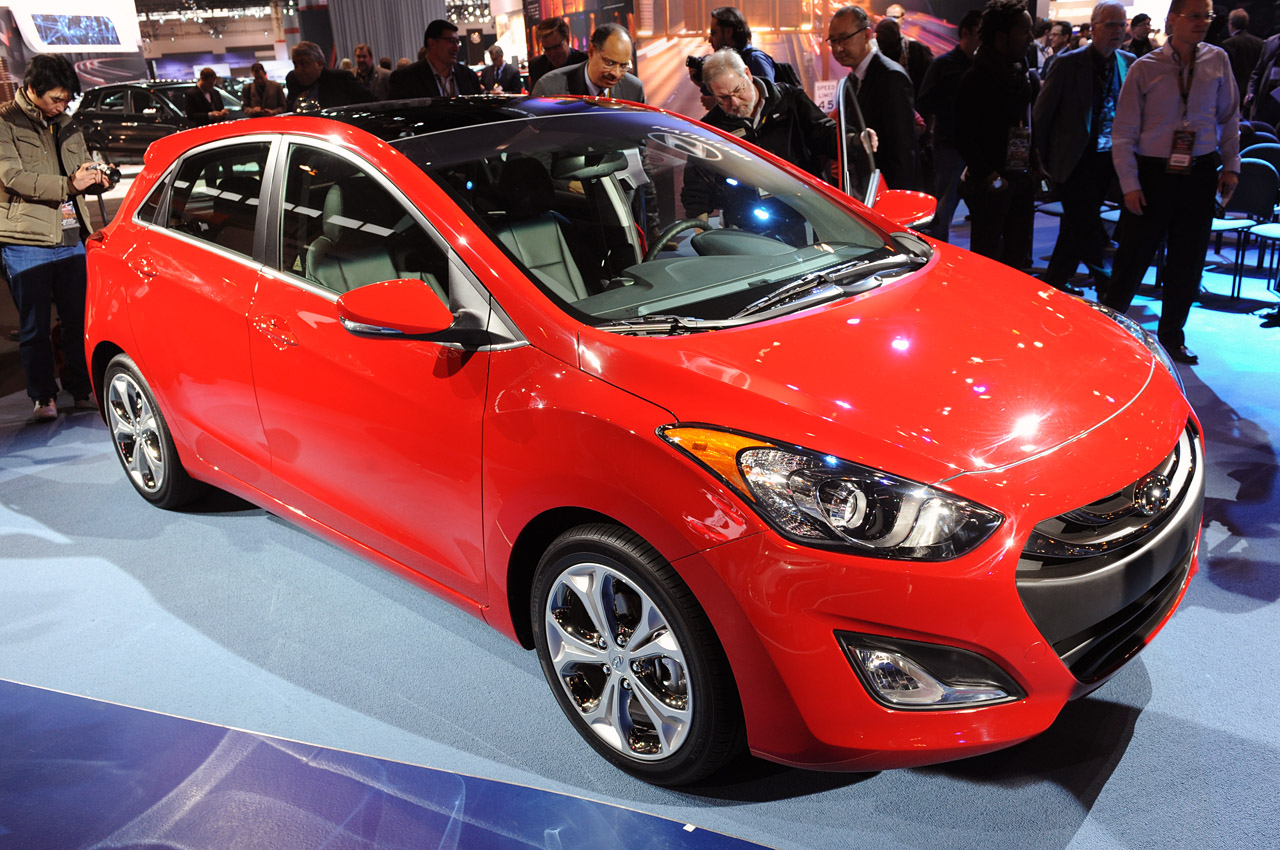 Hyundai’s recent success is due in no small part to their Elantra. The recently refreshed model is about to get an extended lineup and the first preview of it comes from Chicago.

It’s during the currently ongoing Chicago Motor Show that the Koreans unveiled the 2013 Hyundai Elentra GT. Basically the same car only this time it’s available with a hatchback body.

In switching bodies, the Hyundai Elantra GT presents itself with certain minuses but there’s a considerable amount of plus points to balance everything out.

Starting out from the negative side, the Elantra GT misses out on some space considerations and loses one of the forty miles per gallon from the highway figure.

As you can see, not exactly game changing setups but even so, for a hatchback, the 2013 Hyundai Elantra GT gets the biggest interior in the class and is also the lightest.

Differences like 151 pounds compared to the Mazda 2, 175 if comparing with the Ford Focus and a meaty 222 with the Volkswagen Golf will certainly not go unnoticed.

The engine carries over from the Hyundai Elantra sedan so it’s the same 1.8 liter four banger with 148 horsepower and 131 lb-ft of torque and you can team it with a six speed manual or automatic.

Finally, and perhaps most importantly, the 2013 Hyundai Elantra GT delivers the same levels of value for money as all of the equipment you got in the sedan is still there.

Checking out the spec sheet of the rivals seems to produce as clinical results as possible; the Hyundai Elantra’s new GT version is a winner on paper.