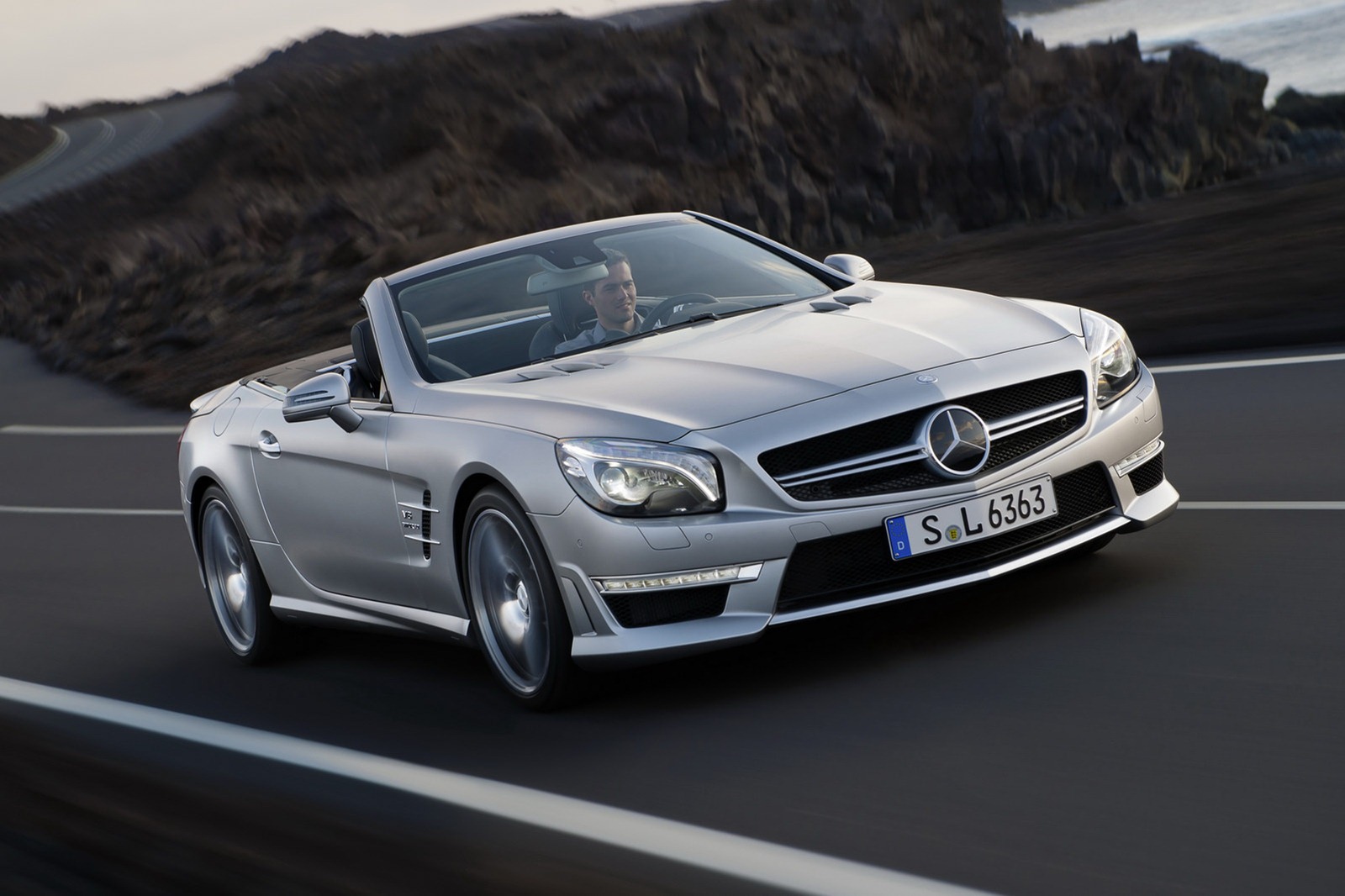 Ladies and gentlemen the 2013 Mercedes SL63 AMG has been unveiled to showcase just how much the three pointed star can offer.

Basically an S class with just two seats and a whole lot more power, the 2013 SL63 AMG is a special car in terms of luxury, performance and prestige.

It could have gone better if you consider how the new Mercedes SL doesn’t have as much of a visual presence as we’re used to.

For the AMG prepped version, the latest Merc SL is powered by a twin-turbo 5.5 liter V8 engine which develops 530 horsepower and 590 lb-ft of torque.

That engine is capable of taking the 2013 Mercedes SL63 AMG from 0 to 62 in just 4.2 seconds and it will easily cruise at its electronically limited top speed of 155 mph.

Everything inside the cabin of the new SL63 AMG moves about electrically, is cooled, heated or is loaded full of more or less unusual sensors.

The stuff available on one of these cars really boggles the mind and takes weeks to read through the manuals to use everything.

However, what Mercedes consider to be truly relevant about the new car is that it emphasises fuel economy. Rated at 23.8 mpg US, that’s 40% better than the last model.

Not that I don’t care about fuel economy, but I refuse to think those in the market for a car like this will be very impressed with this.

I would however appreciate part of reaching this improvement. In order to get better fuel economy, and performance, the 2013 Mercedes SL63 AMG dropped 242 pounds of its weight.

If you’re an American interested in it and want to feel special you may consider buying the first one to go over the Atlantic.