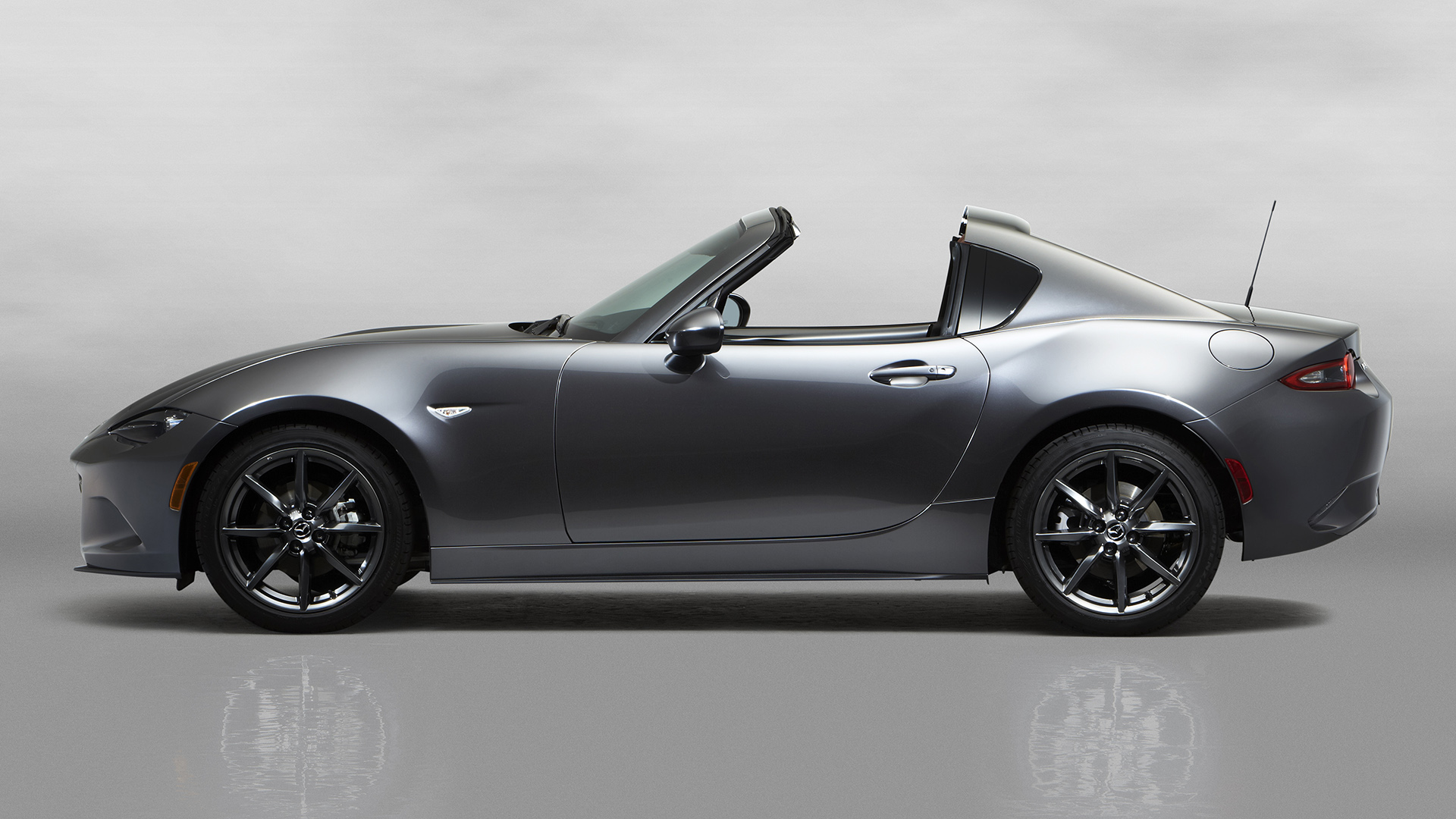 From now on, Mazda MX5 will feature a new version, called RF. It stands for “retractable fastback”, and it’s a coupe-cabrio version of the well-known MX5.

What Mazda did was an unconventional way of electrically transforming a coupe into a cabrio model, retracting the targa roof panel and the back window behind the seats. The whole action starts at the push of a button, at a vehicle speed of under 10 km/h. With the roof folded, the RF version of MX5 offers the same boot space as the soft-top variant. In this situation, the car feels somewhere between a targa and a cabrio, with the sides of the roof support staying in the position. However, the powerfully-designed rear fenders blends seamlessly with the roof support, looking like one piece.

Though it was presented at New York International Auto Show, it will also be available in Europe equipped with the same engines as the soft-top model: the 1.5 liter and the 2.0 liter Skyactiv-G. The same six-speed manual gearbox known from the cabrio version will equip the RF, but it will also be available a six-speed automatic gearbox, exclusive for the the RF.
A new paint color will cover the RF’s body: it’s called Machine Grey and makes the car look like it took form from a large piece of steel. It is applied using the Takuminuri technique, in order to obtain a perfect finish, resembling with the one of a hand-painted car. This color will also be available in the future for other Mazda models, including the new CX9.