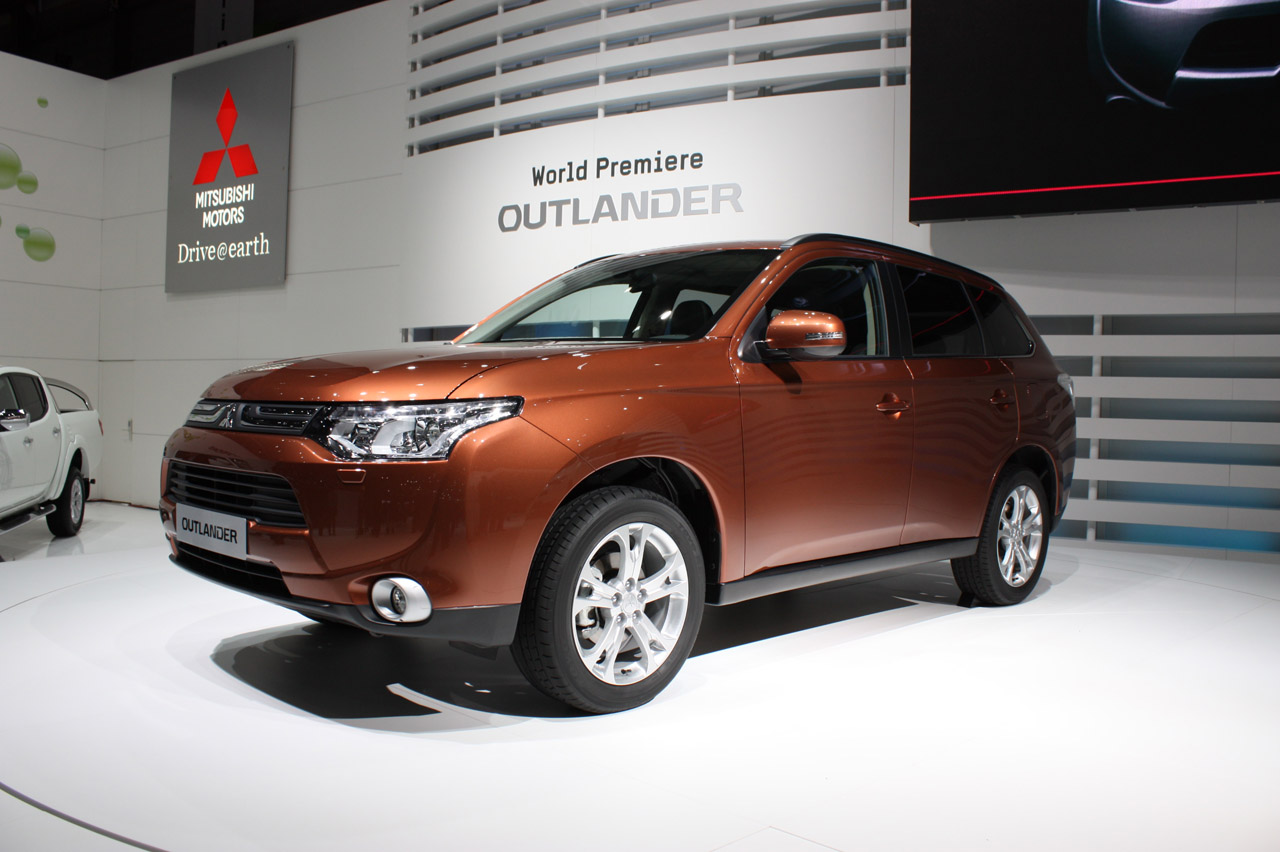 The 2013 Mitsubishi Outlander had its official debut at the Geneva Motor Show where it was treated to a bit of neglect and a silent attitude.

It would be pretty difficult to have it any other way when this year’s Geneva show is loaded with exclusive Bugatti, Rolls Royce models and tuned Porsches.

That’s not right, the 2013 Mitsubishi Outlander is quite the special vehicle and is definitely worthy of our attention.

Apart from it being the successor of a very successful model and its real world no nonsense attitude the new corssover has some tricks up its sleeve.

To begin with, the new looks have the best kind of genetics possible, they’re nearly identical to those of the PX-MiEV concept.

Like that concept, the 2013 Mitsubishi Outlander will hit the market later in the year with a plugin hybrid powertrain.

It mixes the 2.0 liter MIVEC engine that has 150 horsepower and 144 lb-ft of torque with two electric motors and a set of batteries.

Since the electric units are unusually placed on separate axles, the 2013 Mitsubishi Outlander will become the first ever all electric AWD production car.

Until that happens however fuel sipping fans will have the option of a 2.2 liter diesel that develops 150 horsepower and 280 lb-ft of torque.

The petrol engine by itself can be teamed to a five speed manual transmission or a CVT whereas the diesel gets a six speed manual or a regular six speed auto.

All the engines comply with the Euro 6 emissions standards, promise impressive levels of fuel economy and can be teamed with a two or four wheel drive delivery.