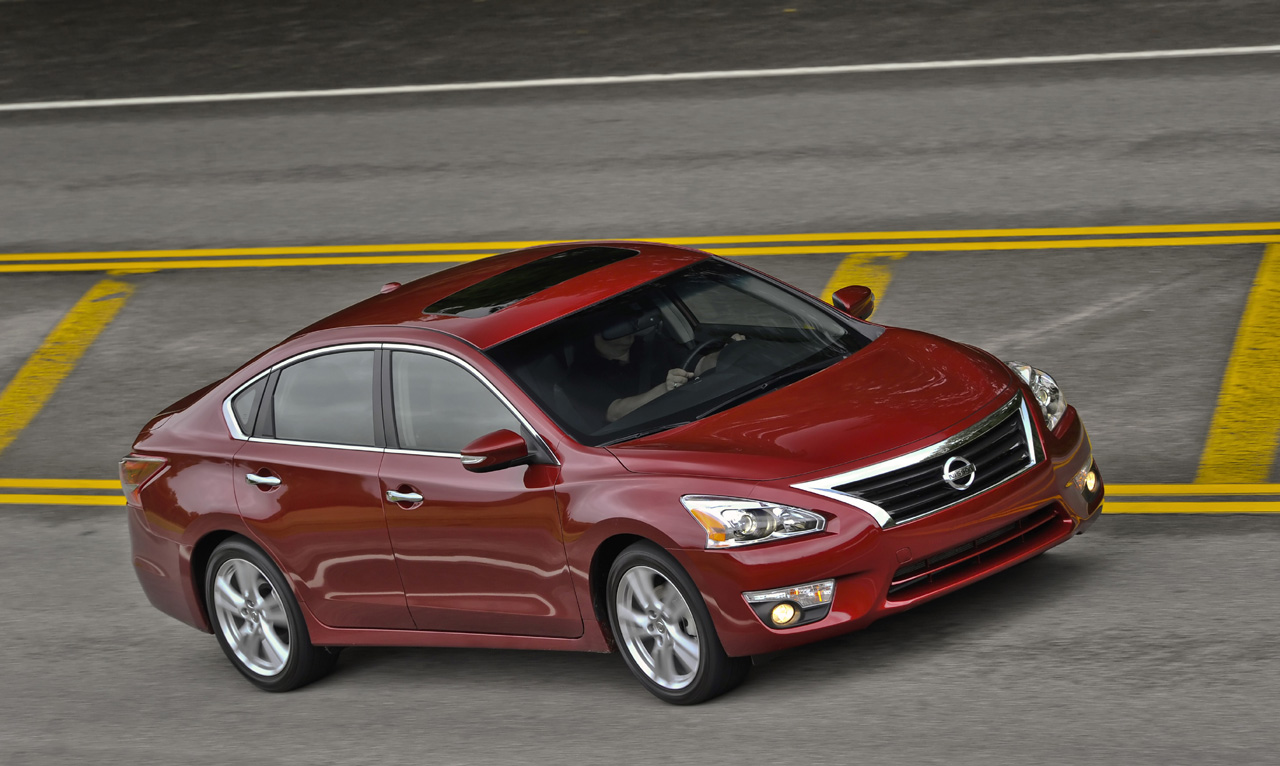 Nissan North America are pretty busy these days with publicizing and making sure everybody knows what they’ve just revitalized.

That’ll be the Nissan Altima. The 2013 model year version has just gone into production with quite a few changes to the design and equipment.

Technically, the changes are the sort that really excite the people that actually read every bit of specification on a hatchback before buying it.

The looks however are more than different. From a bland sedan that felt like it was going nowhere, the 2013 Nissan Altima has turned into something different.

What I’m talking about looks like a miniature Nissan Maxima, basically a larger sedan that’s less bland, even though it’s still going nowhere.

Both of them are decent mills and they’re connected to an updated version of Nissan’s Xtronic CVT automatic transmission.

Since we’re talking about a car that’s a best seller in the US market, we might as well consider the fuel economy levels. These have been improved up to the following figures:

Everything about the car is now more competitive and Nissan is hoping the 2013 Altima will have a better chance at taking on the Toyota Camry’s lead.

With prices starting at $21.500 before the $760 destination charge things are looking good.