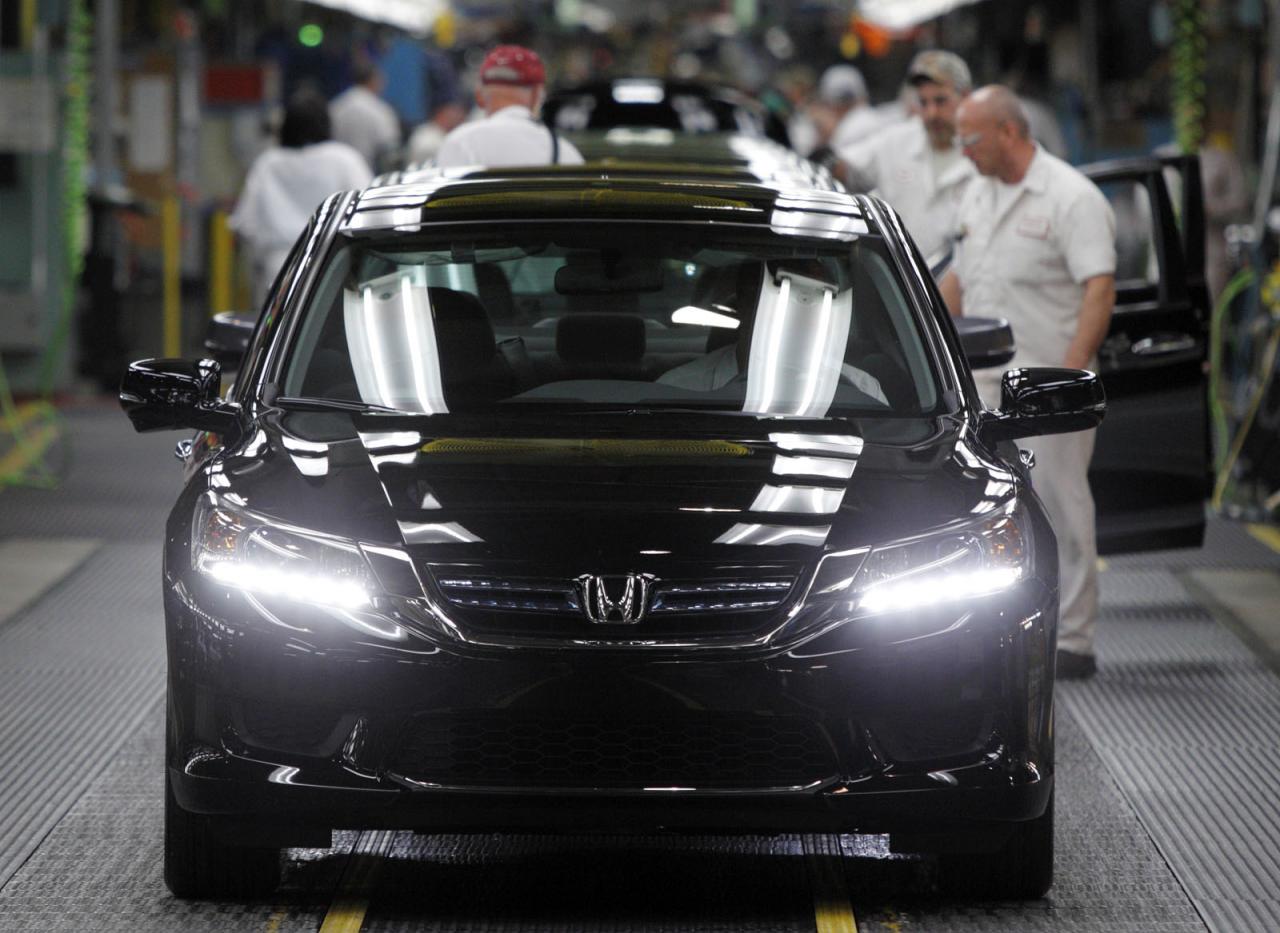 Honda announced the beginning of production for the Accord Hybrid, a model which promises a combined fuel economy of 47mpg US. Under the hood we find a 2.0-liter four-cylinder Atkinson-cycle unit and an electric motor. The latter produces 166 horsepower but there are no further performance details.

At the exterior, the Japanese model stands out thanks to new front and rear bumpers, revised alloy wheels, LED daytime running lights and blue accents.

Inside, besides the latest and greatest systems from Honda, you will also get a new display showing you all the needed information about the fuel consumption and battery.

“The 2014 Honda Accord Hybrid is the first Honda hybrid vehicle produced in Ohio, at the company’s Marysville Auto Plant,” says Honda.

If you plan to get the new Honda Accord Hybrid, you have to know that the model goes on sale in October.