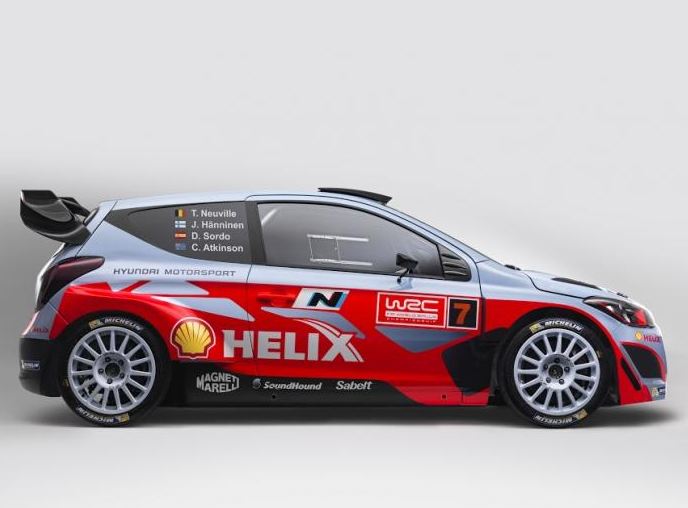 Hyundai decided to release first photos and details on the i20 WRC after the model’s debut in Frankfurt. The South Korean will compete in the 2014 WRC season for the Hyundai Shell World Rally Team.

There will be two drivers, namely Thierry Neuville and Juho Hänninen. At the exterior, the rally car gets the usual WRC livery as well as revised bumpers, new wheels with Michelin racing tires as well as a rear wing.

According to the company, they are planning to take over the upcoming WRC season with the primary objective of finishing each event with two cars.

Hyundai Motorsport opted for a young team in order to gain experience and start building up from there.

“We have worked tremendously hard to get where we are today and to be able to launch our new WRC team to the world,” says the company.