2014 Nissan Qashqai spotted all over again 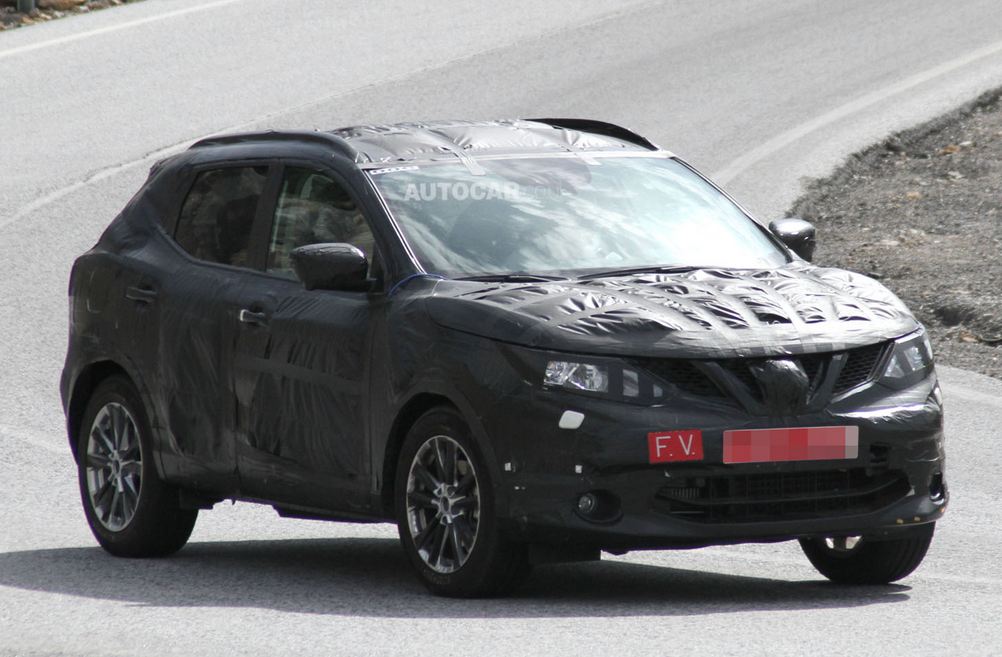 While still not having as much information about the new Nissan Qashqai to be unveiled next year, we come to witness spy shots more often than expected.

Some may even be tempted to say that there is no trace of the new prototype behind the maks, but connoisseurs will easily remark a slightly smaller Nissan than we got used to, lacking the third profile window and with a much shorter rear. Fair enough?

So far, no novelties in terms o engine configurations, even though we expect something between a petrol engine at 1.2 liters and a diesel engine at 1.6 liters. Hybrid variants cannot be overlooked either on 2014 Nissan Qashqai!

If you are asking us what do we know for sure about the soon to be unveiled Nissan Qashqai, we can talk about the new platform, which is said to be modular and shared with the one of Nissan X Trail respectively Renault cars!

Do not worry, while it is planned to show up next year, by the end of 2013 we should get to see this baby bare-naked!