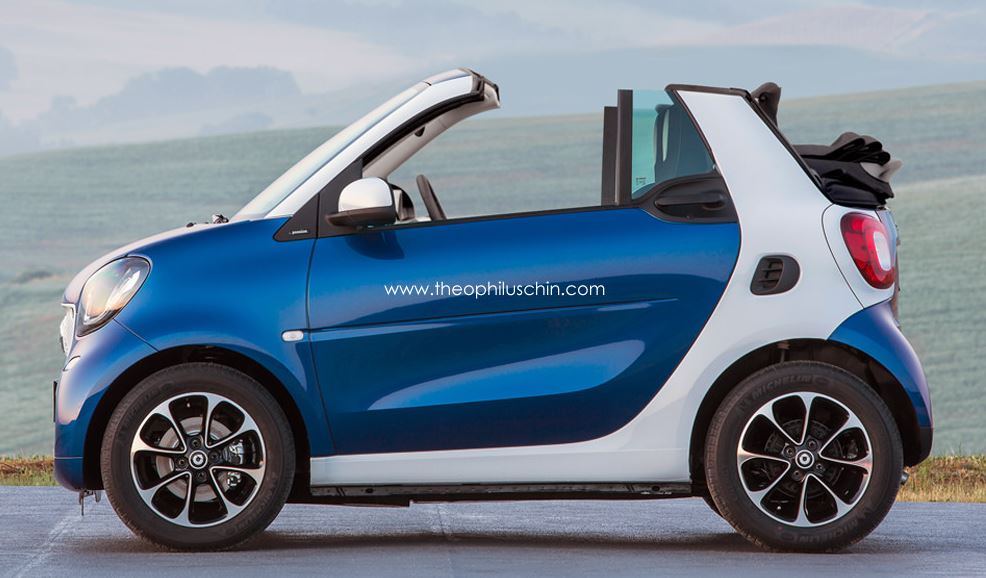 While the Smart automaker has just announced the presence of the Cabrio, the Electric and the Brabus models on the market, the first two renderings with the 2015 Smart ForTwo Cabrio have already hit the web, showcasing how the model would look like in the future.

To be a short reminder, the 2015 Smart ForTwo model was already been unveiled, coming alongside the ForFour model, just two days ago.

Under the hood, the 2015 Smart ForTwo is believed to come with the same 0.9-liter found on the present model, developing 90 horsepower and 135 Nm of torque.

More than that, the 2015 Smart ForTwo will also bear a 1.0-liter naturally aspirated engine, developing 71 horsepower and 91 Nm of torque.

Aside the 5-speed manual transmission, the 2015 Smart ForTwo will also come with a choice of the new twinamic 6-speed dual clutch.

It is believed that the 2015 Smart ForTwo will be offered from 11,000 euros, but we should learn more in the upcoming period.