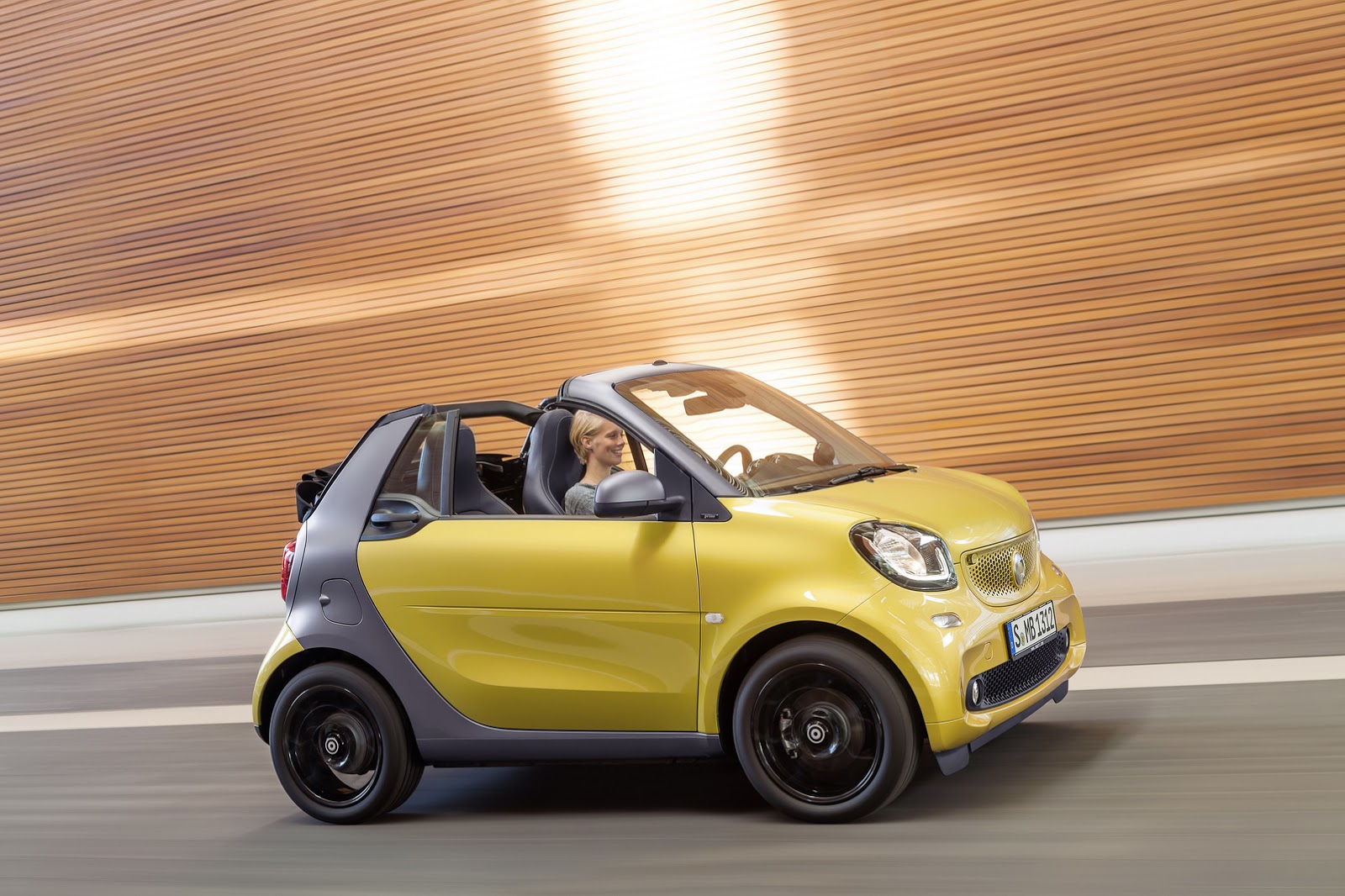 Even though it was supposed to be released in the spring of 2016, the tiniest urban car in the world has just been shown at the Frankfurt Motor Show this week. Even better, if you’re expecting to see something nice, then Smart Fortwo Cabrio will overcome your expectations.

Smart Fortwo Cabrio doesn’t have a roof. Well, at least not a real one. It does have a thin sliding roof, but it doesn’t make much difference. It can be spread as a roof automatically in only 12 seconds, and it can also be folded back. It is available in more than one color, including blue denim, red, and black.

For instance, there will be two engines available in Europe, and they will both have 3 cylinders – the first one will be a 1.0-liter three-pot engine that will put out 70 Horsepower, while the second will be a 0.9-liter turbo engine with 89Horsepower (90PS).

These changes will certainly transform the Smart Fortwo Cabrio and make it 15% stronger than the previous model. And as the car has successfully passed all the safety tests required by the government, it is definitely ready to enter the market.