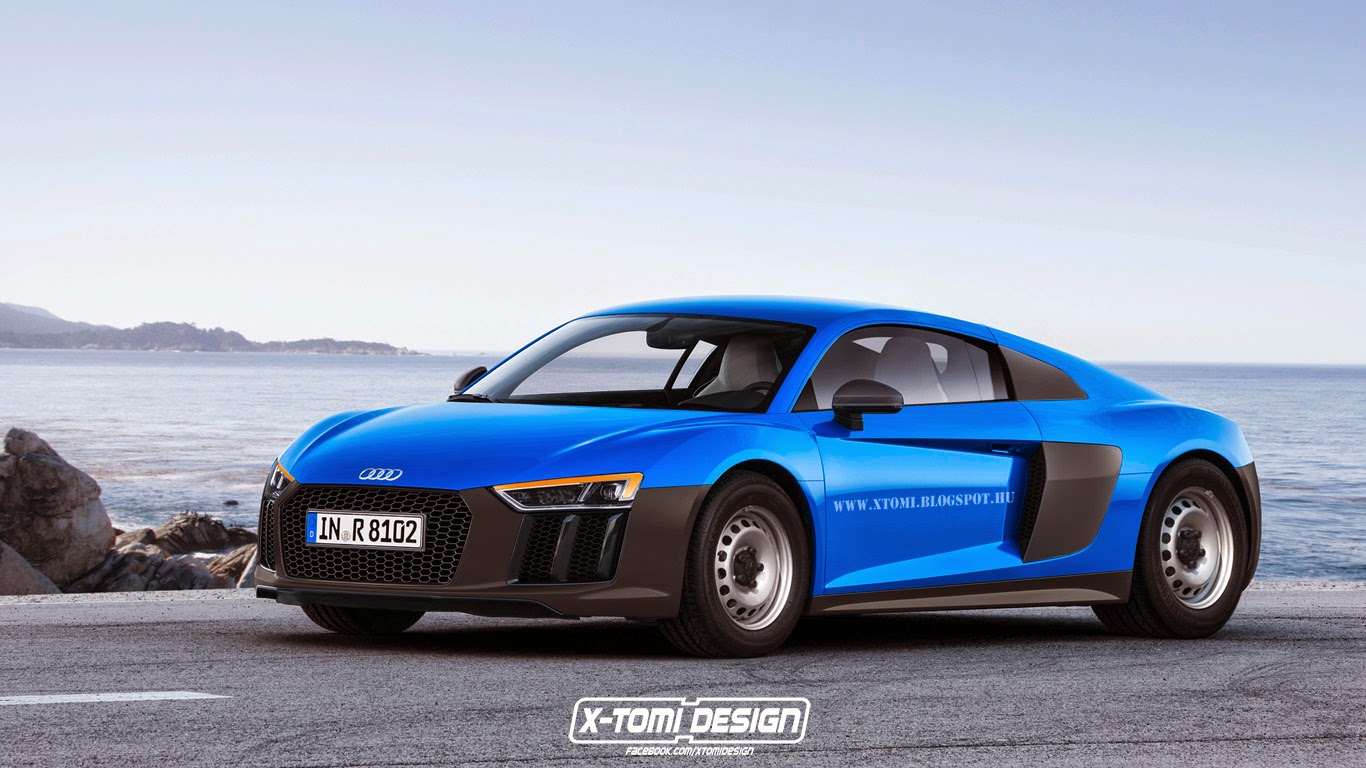 The 2016 Audi R8 sports car recently launched at the 2015 Geneva Motor Show is popping up in our news again in two renderings with what might appear to be an entry-level of the already famous model.

The renderings are signed by X-Tomi Design and are showcasing the 2016 Audi R8 in an entry-level version, meaning that the model would receive a cut-off budget body style and other low-cost features. We are not sure if the German based carmaker will launch a low budget Audi R8 model, but these two renderings are just some fun materials to watch.

The entry level 2016 Audi R8 portrayed here is revealing the plastic materials which surround the front and the rear bumpers, as well as other cheap materials on the side blades and side skirts. Apart from that, the 2016 Audi R8 in its entry level would also come equipped with a small and less performance engine under the hood.

As a reminder, the 2016 the new Audi R8 is coming with some revolutionary and hi-tech gismos inside, which will ease the driver`s work, when looking for an information on the 12.3-inch infotainment system, for instance. This means that the carmaker will let go some of the conventional dashboard buttons and will use a lot of touch screens, controller clicks, as well as the voice command systems.

In terms of performance, the new Audi R8 will come with some important changes, as the model will now use the variable torque distribution which connects the front and rear axles via the upgraded electro-hydraulically multi-plate clutch. Under the hood, the Audi R8 will underpin the 5.2-liter, also seen on the Lamborghini Huracan, which will produce 601 horsepower and 413 pound-feet of torque, when hooked to a 7-speed S tronic dual-clutch transmission.