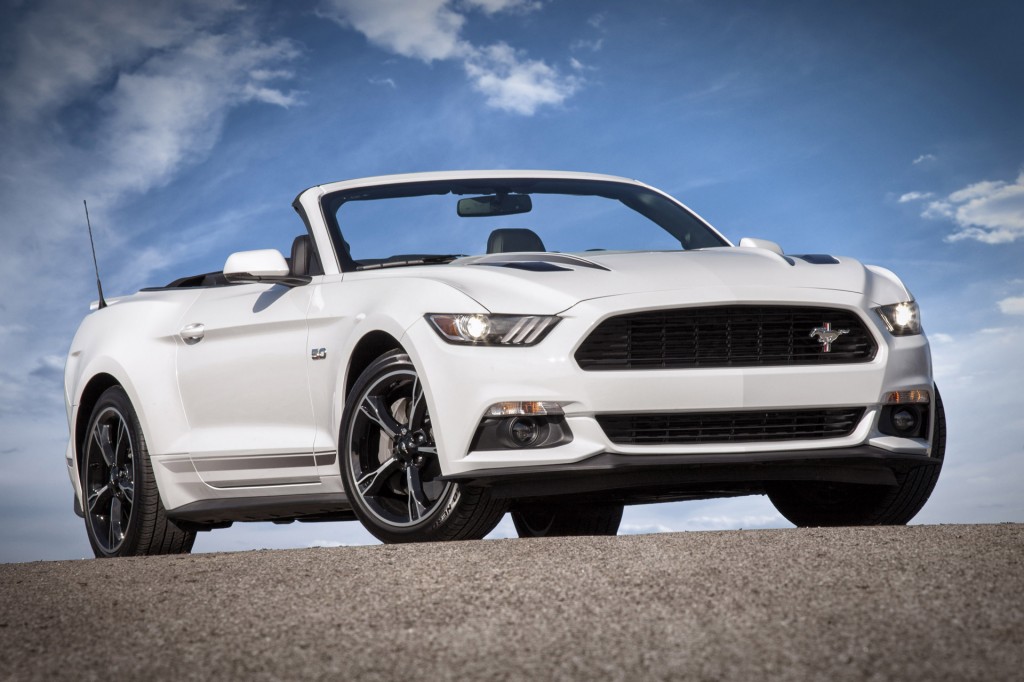 Ford has big plans with its Mustang lineup for 2016, as the entire fleet will come up with interesting updates and fine features. But the biggest challenge would be the arrival of the 2016 Ford Mustang GT California Special version, which is mainly based on the upcoming 2016 Mustang GT Premium.

The 2016 Ford Mustang GT California Special version will come in two body-styles, such as the coupe and the convertible, both sporting pretty exquisite features in the cabin and just a few upgrades under the hood.

The 2016 Ford Mustang GT California Special will come with the “California Special” badging on the strut tower brace, leather trim with suede inserts, while the body style will wear some of the future also found on the Mustang EcoBoost Premium.

These might be seen on the body and consist of the 19-inch aluminum wheels with black finish, darkened taillights, black accents throughout the body, black roof option, deck lid spoiler and a few more.

In terms of performance, the 2016 Ford Mustang GT California Special might be bought with the Performance Package, which adds up revised suspension parts, upgraded brakes, heavy-duty front springs, Torsen limited-slip differential with a 3.73 axle ration, and many more. Under the hood, the 2016 GT Premium Special will make use of the V6 engine with 300 horsepower, also seen on the regular Mustang.