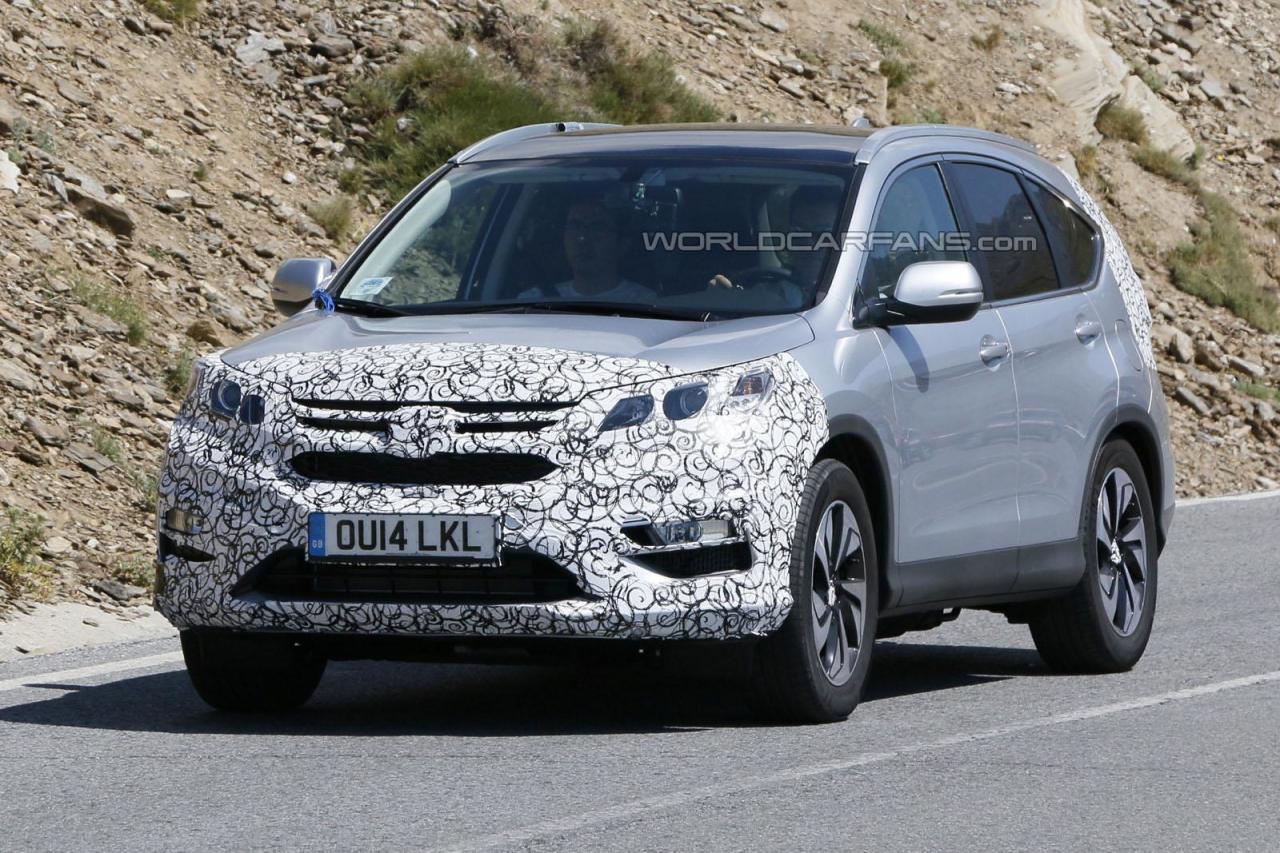 Honda is preparing to launch the 2016 CR-V crossover, the facelift model to be more precise. As expected, it won’t bring too many changes, most of them being styling tweaks.

Even so, they have to test the new parts, so we get to see prototypes on the streets. This particular one has few camouflage parts which tell us where the modifications are.

Therefore, expect the new Honda CR-V facelift to come with a revised front bumper, new grille and optical blocks. In the rear, you will find a new bumper as well as improved taillights.

In terms of power, Honda will provide the same engine range but we could see a series of tweaks capable to improve the performance and fuel consumption.

There are no spy shots with the cabin but usually there aren’t too many modifications inside. If there will be, expect improved materials and new trim.