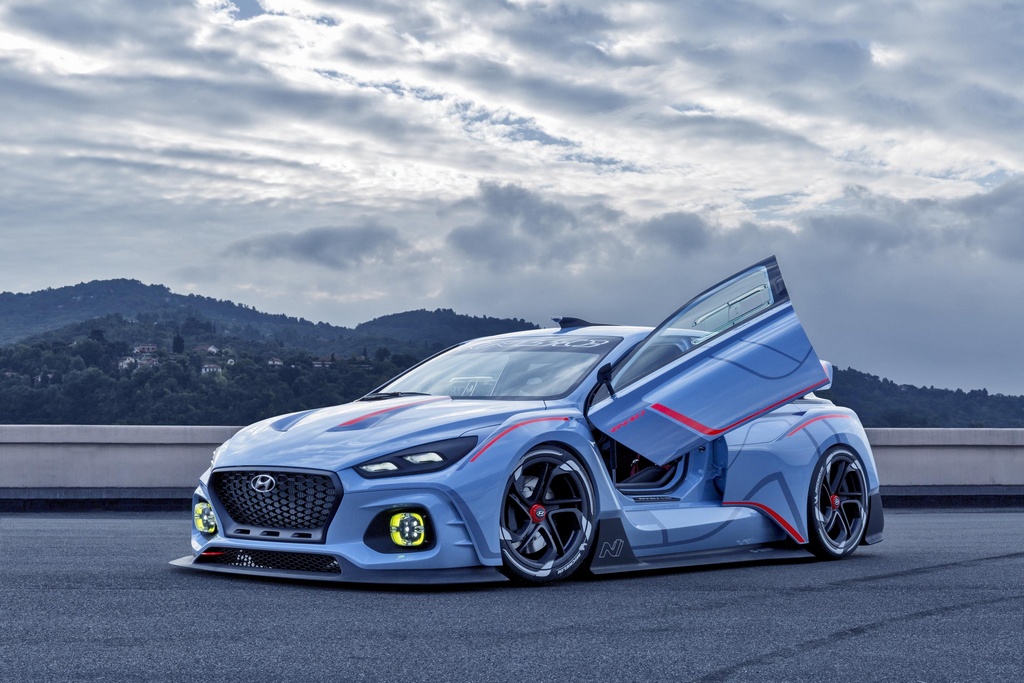 At the 2016 Paris Motor, not only the all-new concepts from the electric or SUV segments get their “Hall of Fame” moments, as carmakers have also brought their hardcore and sports cars at one of the most important auto shows of the year.

One of the most outstanding sports cars to be displayed is signed by Hyundai and is called the RN30 Concept, which was teased and discussed a couple of days, just ahead the event. The model is indeed a hardcore version of the i30, as it wears the “NR” badging, which indicates a beastly performance under the hood.

And we have plenty of reasons to believe that this is indeed a beast, given the quite impressive number of divisions to have given their fair contribution to the making of the car.

The sports car is not that appealing at the exterior, the model coming with an aggressive carbon fiber body kit, but it does impresses from a mechanical perspective. It features a high-performance dual-clutch transmissions, updated electronic limited-slip differential system as well as the Electronic Variable Exhaust system.

The result is a 2.0-liter turbocharged engine, good for 380 horsepower and 451 Nm of torque. Unfortunately, the carmaker has not released the performance figures, but we bet that would be quite impressive. The model can be admired in the media gallery below.