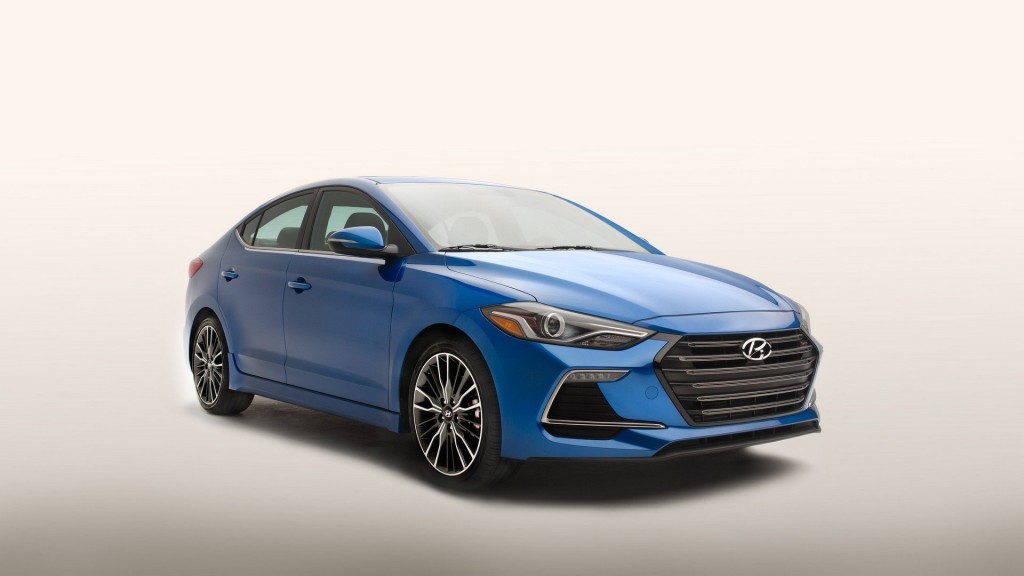 Hyundai has recently announced the launch of a much more potent Elantra in the shape of the 2017 Elantra Sport, the model reaching dealerships somewhere at the end of the year. The pricing tags and the available markets will be announced later on.

One of the main highlights of the 2017 Hyundai Elantra Sport would be the good power output. This lad here is considered the most powerful version in the lineup, bragging with a 1.6-liter turbocharged flat-four, churning out around 200 horsepower and 190 lb-ft. of torque. The engine is hooked to a standard manual transmission or an optional seven-speed dual-clutch with paddle shifters.

As for the performance figures, the detail remains unknown for the moment. However, the performance will be also influenced by the car`s independent multi-link rear suspension, which in Mike Evanoff`s opinion, is what Elantra customers have long expected.

The 2017 Elantra Sport is not only powerful, as the model is also looking exceptionally well with the new styling touches, which separates it from the standard Elantra.

It uses a more aggressive front bumper with updated LED fog lights, black grille surround, adding new side skirts, rear bumper and revised rear diffuser. Still at the rear, the Sport is also highlighted by the dual exhaust system. The overall design is complemented by the sporty bespoke wheels.

The sporty design is also visible inside, the cabin now tweaking sports seats, flat-bottomed steering wheel, “Sport” logos on the seatbacks and so on.