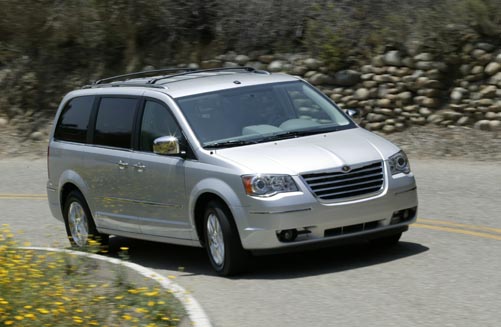 Chrysler Town&Country and Dodge Caravan will be recalled to service for the second time this year, this time for a problem that could cause a fire.

Chrysler will make a recall of 285,000 units for Dodge Caravan and Chrysler Town&Country models. The two models produced between February and September 2007, may have electrical problems which could, ultimately, cause a fire. By now, those of Chrysler have not received any information on any incident caused by this problem. Americans will check the sliding door locking mechanism and the associated wiring. This is the second recall for the Chrysler minivans this year.

Americans from Chrysler have done a recall last month, but it refers to 25,000 units Dodge Caliber and Jeep Compass. Problem was linked to the accelerator pedals, which were supplied by the same manufacturer that offered the accelerator pedals for Toyota models that received a huge recall early this year. Another 10,000 units were recalled in other markets for the same problem.