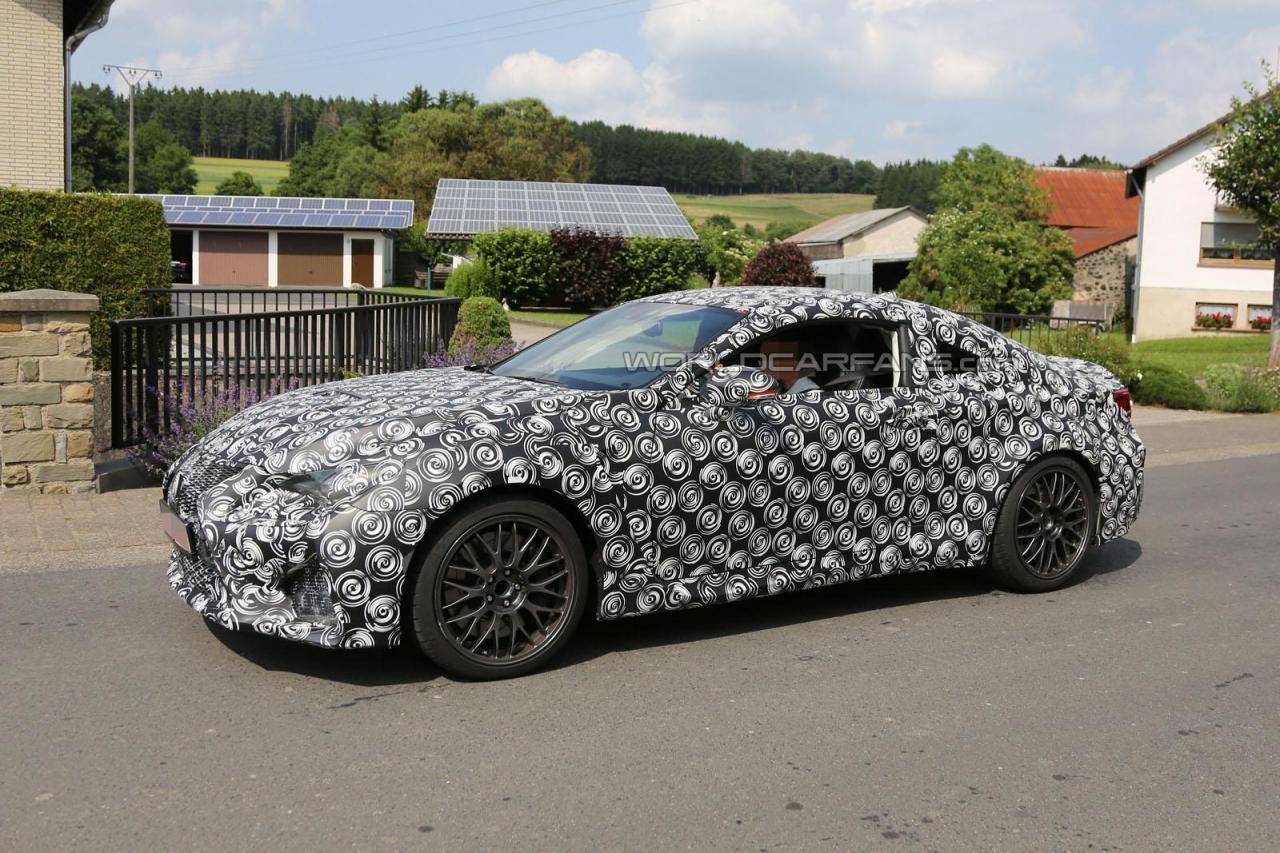 First prototypes of the new Lexus IS F Coupe hit the streets for initial tests. The Japanese people from Lexus were spotted testing the new model for the first time.

As you can see, the model is in its early development stage as the vehicles are completely camouflaged. At the exterior, there will be several features to remind you of the LF-CC concept seen for the first time at the Paris Motor Show last year.

Under the bonnet, expect to see a powerful 5.0-liter V8 powerplant, a naturally-aspirated or a turbocharged engine, as Junichi Furuyama, chief engineer at Lexus said.

In the rear we observe a trunk-mounted spoiler but also a quad-pipe exhaust system and a new diffuser.

Even there are no interior shots, we expect to see several features from the Lexus IS. More information and photos are expected to surface in the coming months.