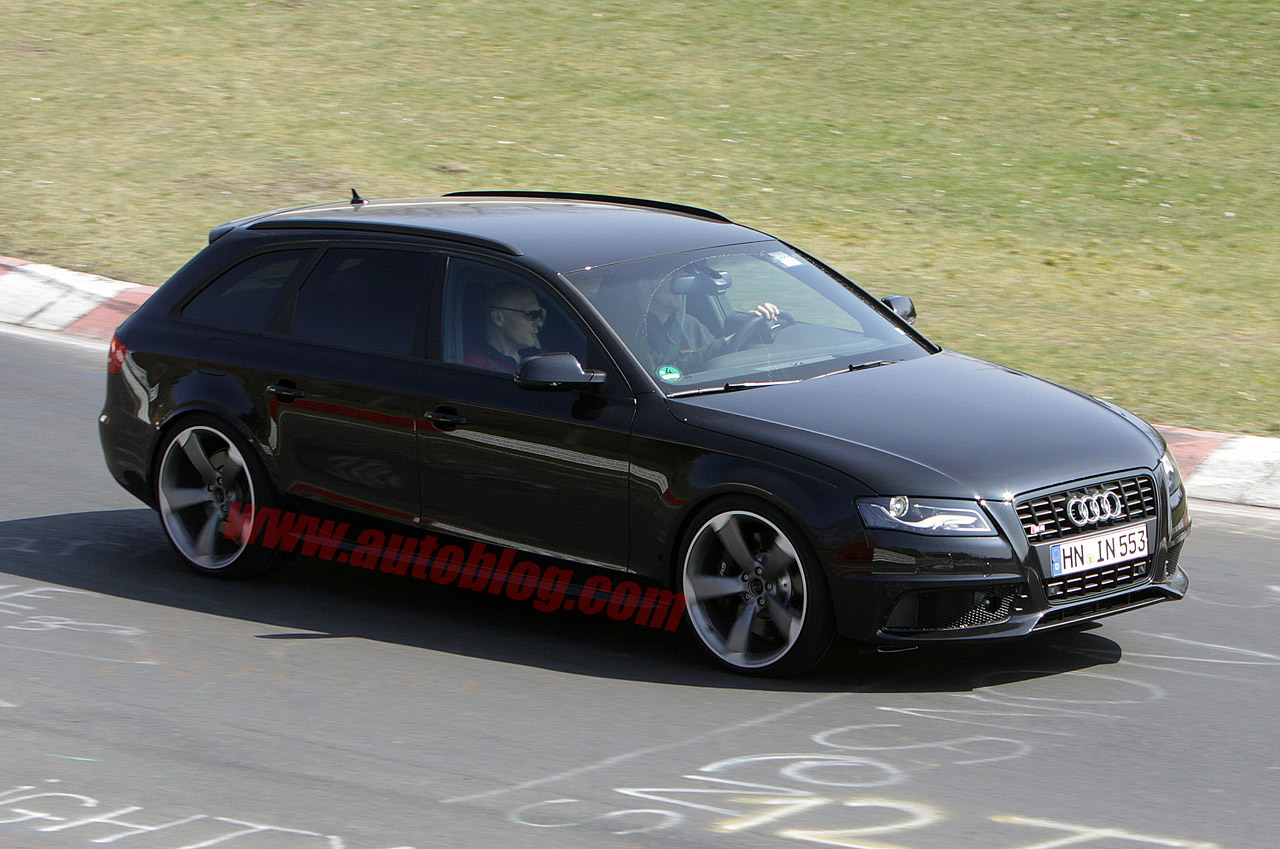 It seems that Ingolstadters at Audi still have the that little bit of discretion that makes business-like sports saloons and estates appealing.

This is because they’ve managed to sneak around and do their work on a new version RS4 and got it to the point where it enters track testing.

The spyshots we have here portray the new Audi RS4 Avantthat’s going to run around a certain track that’s probably familiar to you, the Nurburgring.

In what we’re able to tell so far the Audi RS4 Avant will borrow the wheels of an Audi RS5 and the general look and front fascia of current models from the Germans.

The power is most likely to come from the already well known 4.2 liter V8 engine and a predicted output is supposed to come in around 450 horsepower.

In hoping there’s enough room for improvement, development and revolution in the engine department rumors have started going round about what may animate the newest Audi RS4 Avant.

These would include a new turbocharged 4.0 liter V6 engine that could be race derived and easily as powerful if not more than the established 4.2 liter unit.

Who cares what engine is under the bonnet, as long as it can drop kids and their bikes off at the park and then let you drive like a lunatic the Audi RS4 Avant is worth knowing.