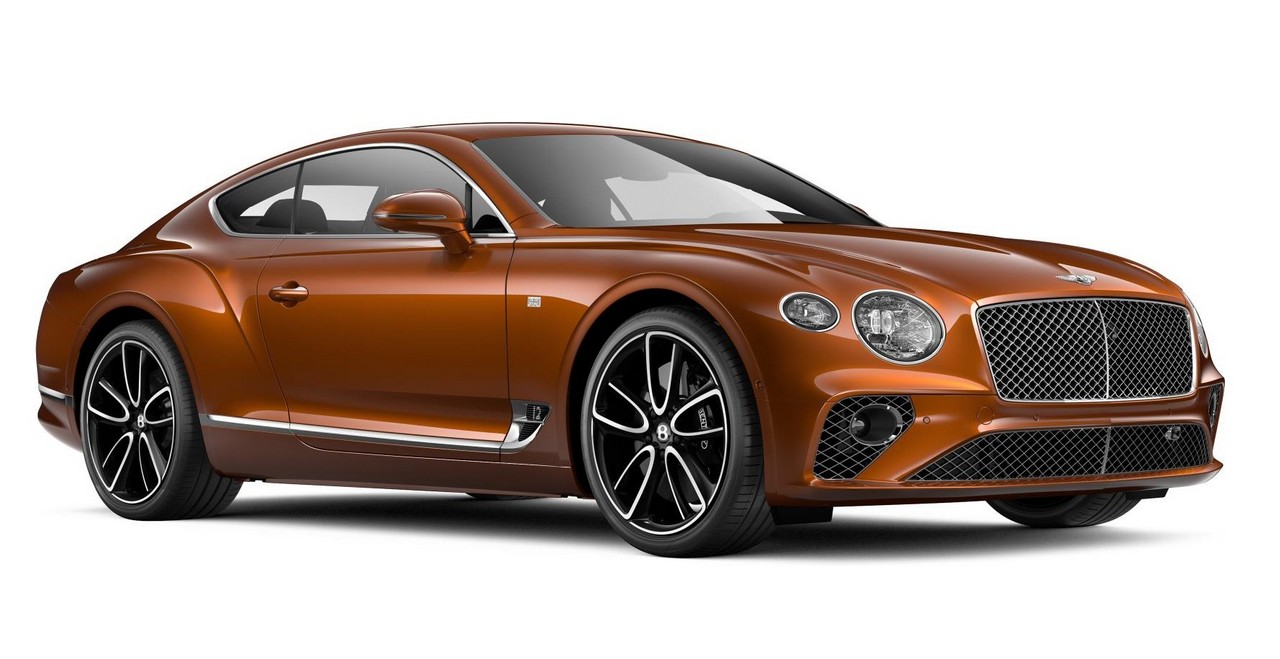 The all-new 2018 Continental GT may be Bentley`s latest luxurious and high-performance oriented model, but the First Edition variant recently announced for the US market, it is going to be more extravagant and quite a head-turner.

The British based luxury carmaker Bentley has recently announced the introduction of the First Edition variant from the new 2018 Continental GT, this particular model coming with exquisite tweaks and more luxurious features, starting with the new exterior colour and continuing with new details inside the cabin.

While at the exterior, the 2018 Bentley Continental GT First Edition is highlighted be the massive 22-inch alloy wheels and the new choice of colours, the cabin stands out from the crowd with new four Dual Veneers for the dashboard fascia, like amo Ash, Dark Stained Madrona, Dark Fiddleback Eucalyptus and Liquid Amber.

The interior also comes with First Edition with Grand Black accents, mood lighting and illuminated sills with the “Bentley” logos, diamond-in-diamond quilt pattern on the seats, rear quarter panels or door panels. Other features also include contrast stitching, and a suite of safety gizmos – pedestrian warning, traffic sign recognition or park assist among the top features.

As for technology, the all-new 2018 Bentley Continental GT First Edition has also been enhanced with the Bentley Rotating Display 12.3-inch touchscreen display with digital dials. However, in case you find it way-too advanced, you can also swap it for a more traditional instrument cluster display with analogue dials.

As for engine performance, the new 2018 Bentley Continental GT First Edition comes with the 6.0-liter twin-turbo W12 TSI engine, churning out no less than 626 horsepower and 900 Nm of torque. This enables a sprint from 0 to 100 km/h in a staggering 3.7 seconds, at a top speed of 333 km/h.

Bentley has also released a nice media gallery with the all-new 2018 Continental GT First Edition set to arrive on the market in a limited-run. Prices and other details will be released next January.