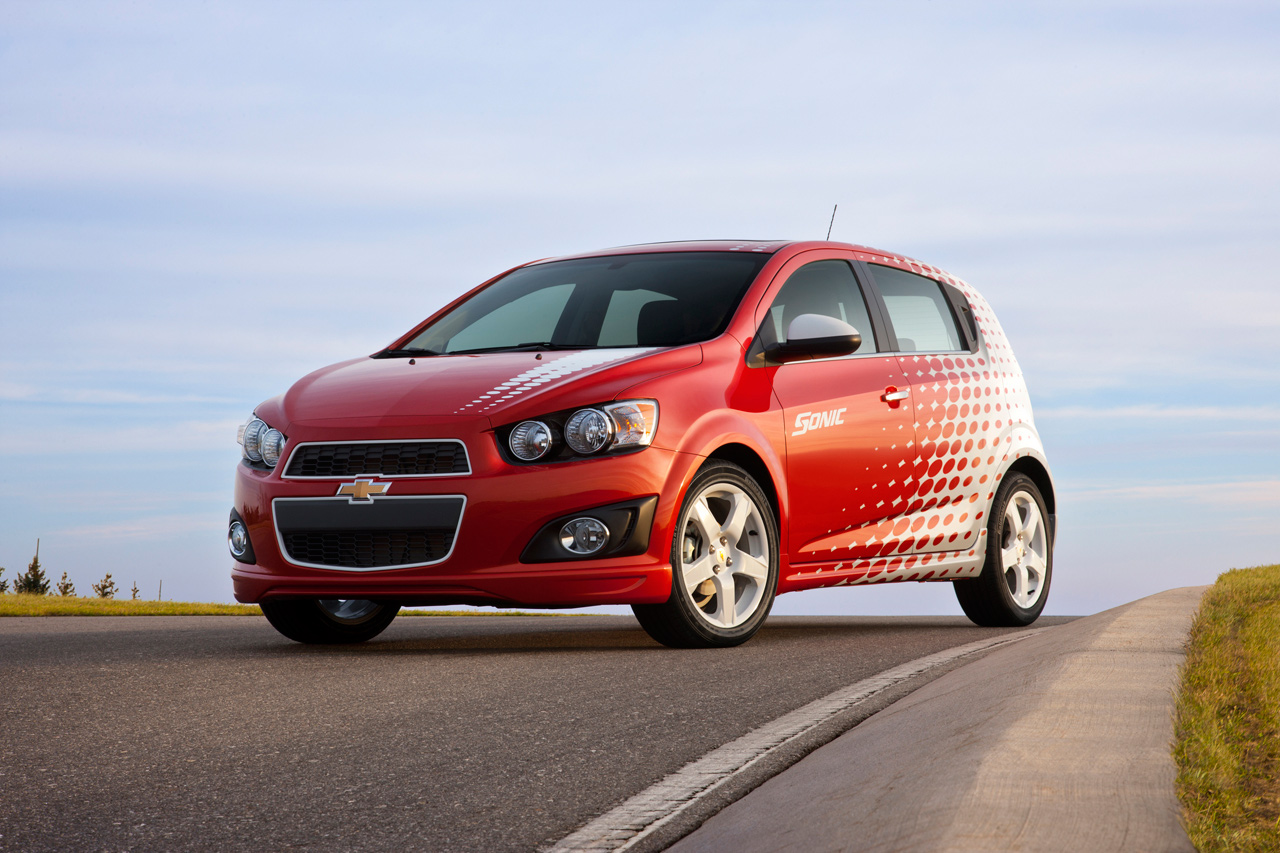 Chevrolet had fun with the Sonic, instead of designing it with the same boring verve of every single compact hatchback out there it looks like they’ve put in some effort.

Sadly though, there’s a serious case of false advertising with the design of the new Chevrolet Sonic as while it may look fast and aggressive it really isn’t.

Chevrolet plans to address this issue soon enough and make a faster version of the Sonic but even here, there’s a “but”.

Unlike its bigger brothers, the faster version of the Chevrolet Sonic won’t be wearing an SS badge. It’s not the end of the world and yet it does raise a serious question.

A fast Chevrolet Sonic may end up being made with less care or ambition if it won’t have the “big boy” marker round the back, not exactly off to a good start.

And then there’s another issue with the fast version of the Chevrolet Sonic since there’s no new engine planned for it in the near future.

Unless Chevrolet finds a way of shoehorning the one of the Cruze’s powerplants under the bonnet of the Sonic there’s little chance that the hot version gets more than a tuned version of the 1.4 liter turbocharged four pot that’s already available in it.