Chevrolet’s Sonic bikes over to SEMA 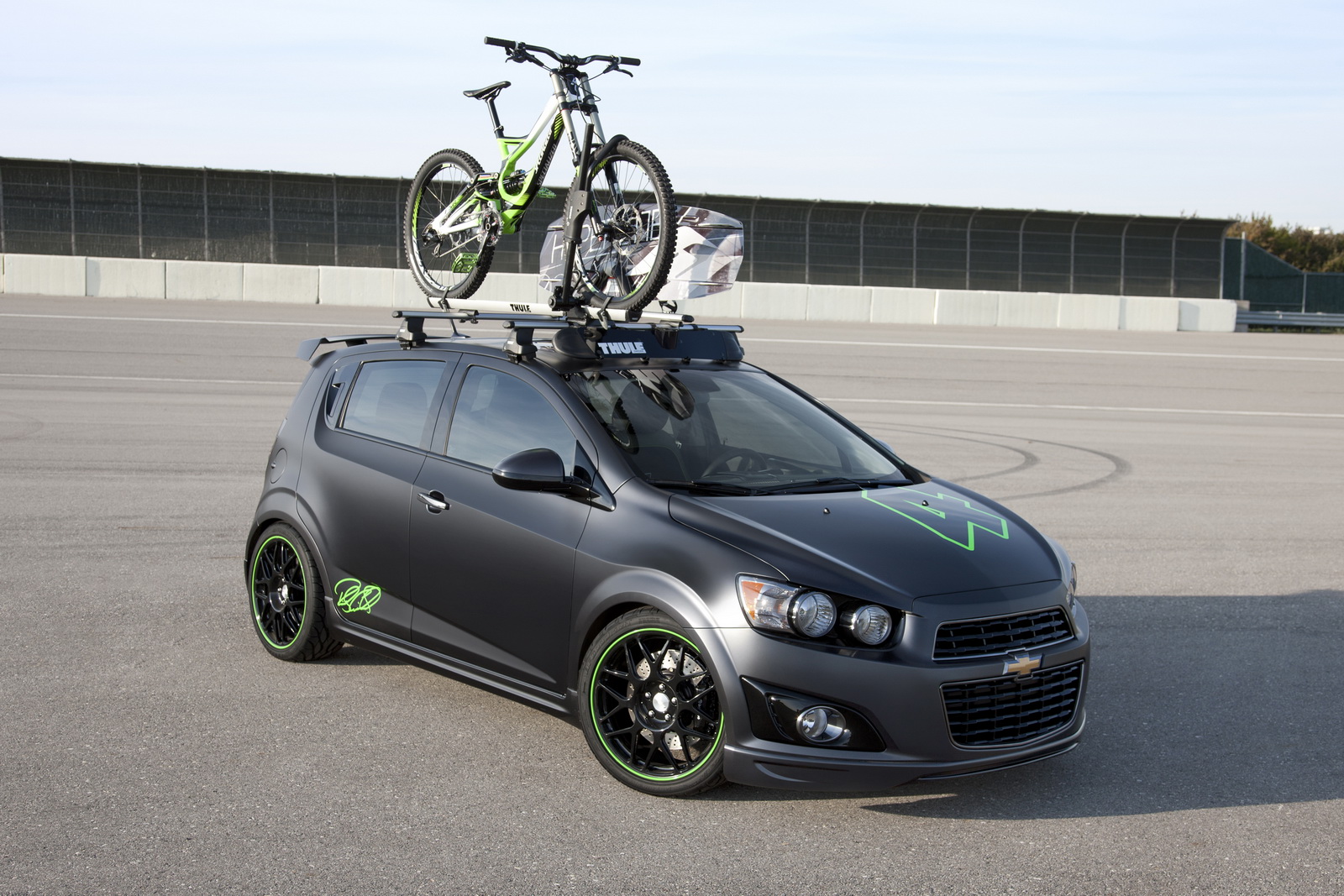 And still the surprises keep on coming, after the Kia Optima’s unusual and sporty presence at SEMA, Chevrolet’s Sonic has taken the same first path.

While this particular Chevrolet Sonic does feature the relatively usual exterior with plenty of mods to impress the light headed, there’s a little substance to it.

Or at least that’s what Chevrolet would like the youngsters of America to believe since they’re the primary target for these cars.

What we really have here is a small Chevrolet Sonic that’s painted in black matte paint, together with special graphics, that are complemented by the custom alloy wheels that feature the same appearance scheme.

On the rather more substantial changes to the looks of the Chevrolet Sonic, it comes with a new grille, one that’s in Z-Spec availability, a new body kit which apparently is apparently meant to be aerodynamic.

The package they fitted the Chevrolet Sonic with for this SEMA affair feels streamlined and great looking which does kind of make you wonder, why fit some splash guards and a Thule roof rack.

A high roof line, a bike, a wake board and a rather over sized rear spoiler and that roof rack that’s at the center of attention must certainly add an enormous amount of drag to the mix.