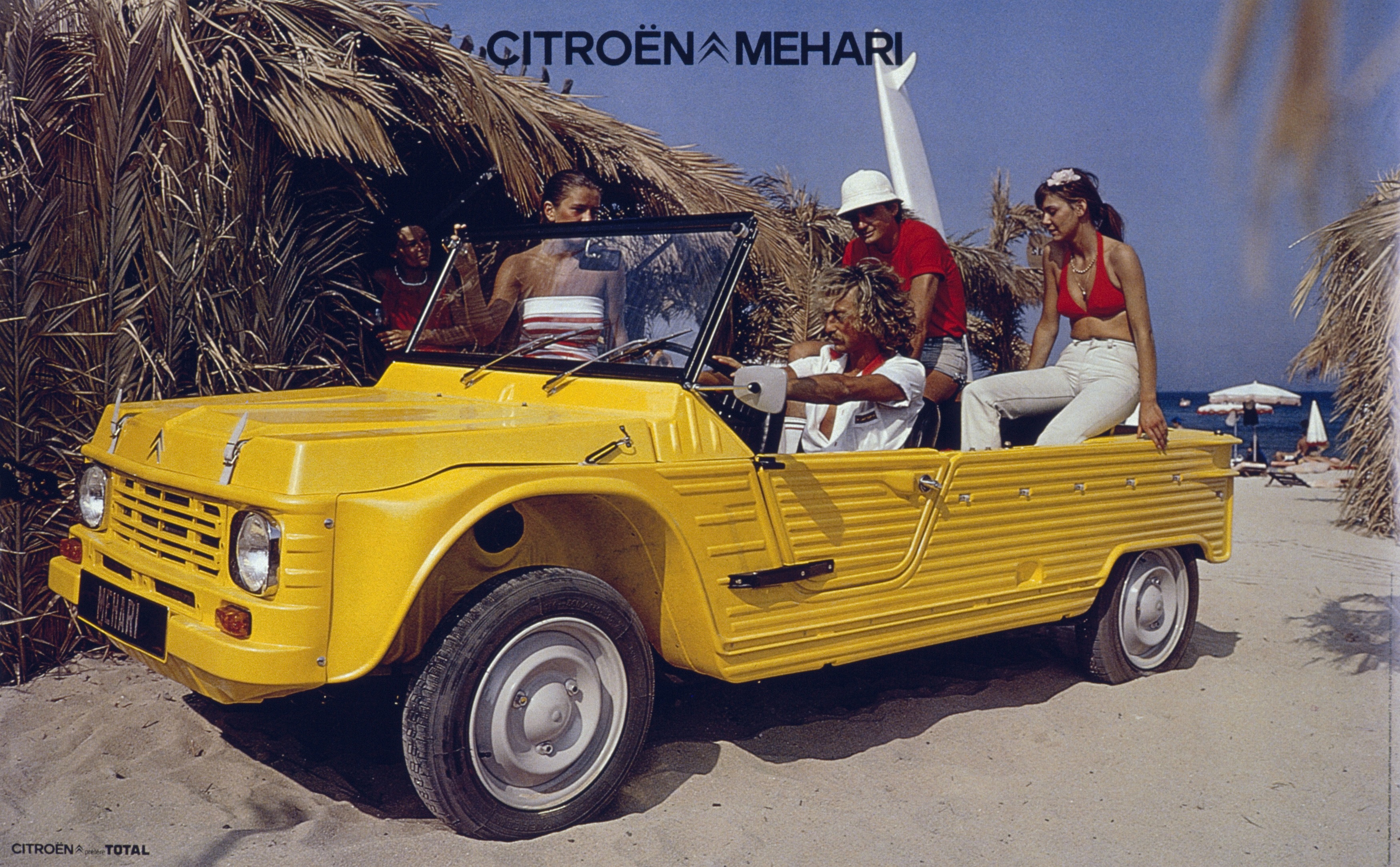 Between 3rd and 7th of February 2016, it will take place in Paris “Salon Retro Mobile”. This is a traditional exhibition amongst the vintage cars lovers, as it reached it’s 41st edition in 2016.

Back in 1976, when the first edition took place, there were some important releases in automobile market: Renault R14, Mercedes W123, BMW E24 Coupe (God, I love the 635 CSI!), Citroen CX estate, Alfa Romeo “Sud Sprint” coupe (probably their best boxer engined beauty), Alpine V6, and the icon Vw Golf GTI Mk1. In 2016, all of them will reunite to the same podium, thanks to Youngtimers magazine during the auto show. Over 120.000 visitors are expected to admire more than 500 cars.

One of the iconic cars presents at this year’s exhibition is Citroen Mehari. In May 1968, Citroen unleashed this absolute unconventional cabriolet with plastic body and lots of attitude. It wasn’t like anything else: it was fresh, colorful and unpretentious. Its light body weighted a little over 500 kg and being made of ABS plastic, it was totally corrosion proof.

It was quickly adopted by rebel young guys willing to go on seaside escapades as well as driving it around the city.The French army and police forces also appreciated it’s practicality and robustness. The production ended after almost 20 years, in 1987, with a total production reaching 145.000 units.

Almost 30 years after the beautiful story ended, Citroen releases a successor of Mehari, called E-MEHARI. Though it’s going to be officially revealed next spring, it will be present at this exhibition, as a preview and a tribute to the original model. It respects it’s predecessor in all the ways: a bold, 4 seaters cabriolet, with plastic made body, brightly coloured, with fully washable interior. However, the electric engine is as actual as it can be: it allows the car to reach 110km/h with a range of 200km in the city.