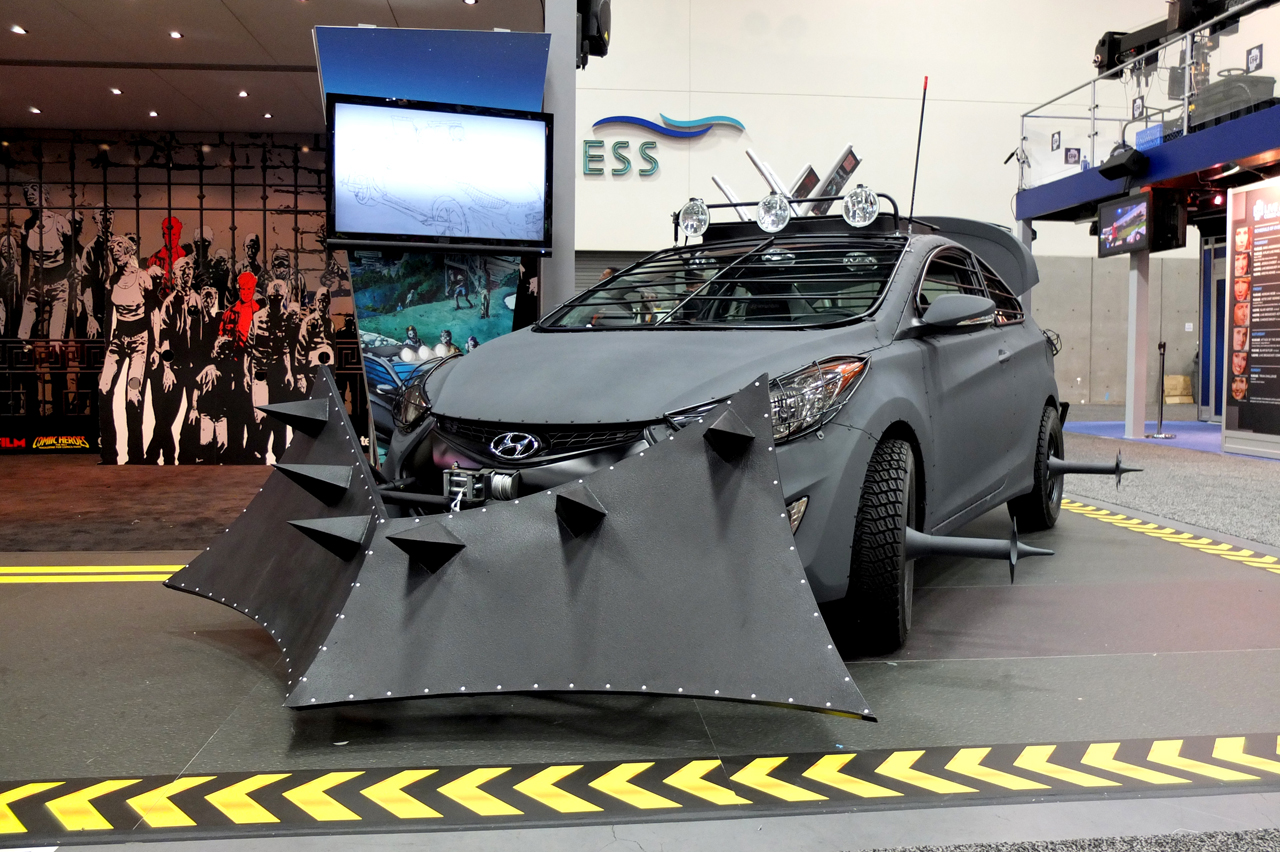 Television may have something to do with it but it’s obvious that the Internet has a bit of an obsession with the inevitable zombie apocalypse.

The kind of people that are used to making or commenting on various zombie scenes, got a bit of a hand in dealing with the situation from Hyundai.

The American arm of the ever growing Korean conglomerate have unveiled a specially kitted out version of the Elantra Coupe at this year’s Comic-Con.

Unlike most stuff over there, there was nothing about the Zombie Apocalypse Elantra that was in mint in box condition.

Being as appropriate as it can get in such conditions, the paint has a gloomy gray feel of your typical Hollywood fallout scene.

Further more, Hyundai organized a bit of an event around the car as convention visitors could have their picture taken inside it.

As if that wasn’t awesome enough, Hyundai will even end up releasing a special version of the Elantra Coupe’s owner’s manual.

We’re guessing this one won’t feature too much information on how not to kill the clutch in the car’s first few miles and instead focus on different stuff.

Killing zombies might be handy. Maybe they’ll even feature an instruction as to how to do a hill start maneuver when you’ve got a couple of zombies on your plow.

One thing I’m really interested it with this particular model is just what kind of service intervals can we expect and what does the warranty cover?