Edo Competition reminds us about the Mercedes-Benz SLR McLaren 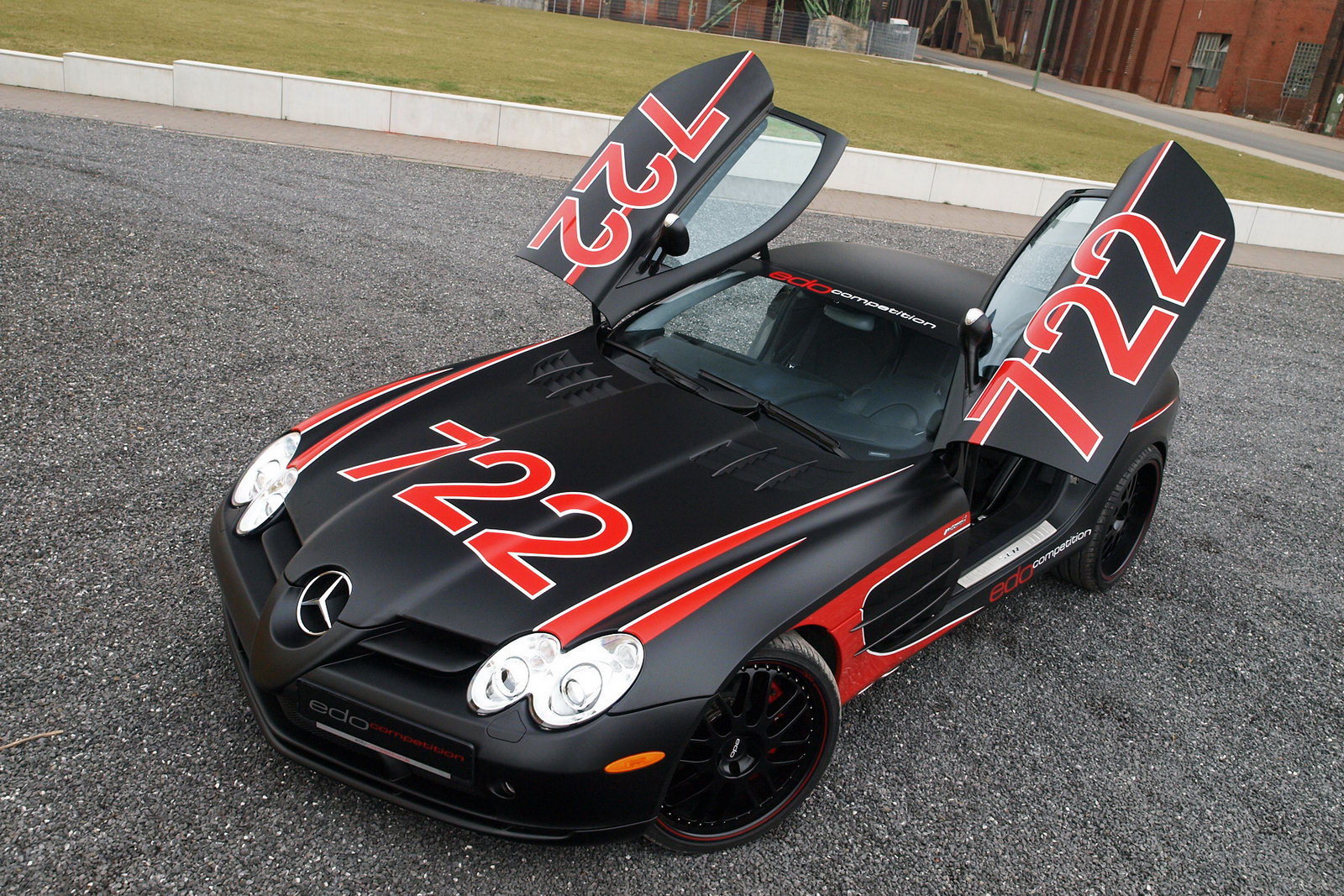 Mercedes moved on, they left the SLR McLaren behind and replaced it with the SLS AMG but Edo Competition didn’t really go the same route.

Edo Competition is an ambitious tuner and they decided to also remind the rest of the world what the Mercedes SLR McLaren is all about.

To do this, they created the Black Arrow, a killer performing version of what’s possibly the best Grand Tourer ever made.

The Black Arrow SLR McLaren actually gets quite a lot of performance upgrades to go with the cheeky new exterior finish of matte black and red stickers.

These performance upgrades include a modified supercharger, a revised intake system, new exhaust headers, high flow catalytic converters and air filters, all of which have been teamed with remapping the ECU to handle everything.

This means that once you take a reading, the already monstrous engine now chucks out 722 horsepower and 656 lb-ft of torque.

As if that wasn’t impressive enough, Edo Competition say the engine reaches its peak potential at 7.100 rpm, which means that this bumbling Merc now screams like a McLaren should.

With all that new power a sprint for 0-60 is almost unaltered, as it’s standard version manages 3.6 and this does it in 3.4 seconds.

What does significantly abuse the new power is the mid range acceleration and the top speed which had to be limited at a shocking 214 mph.