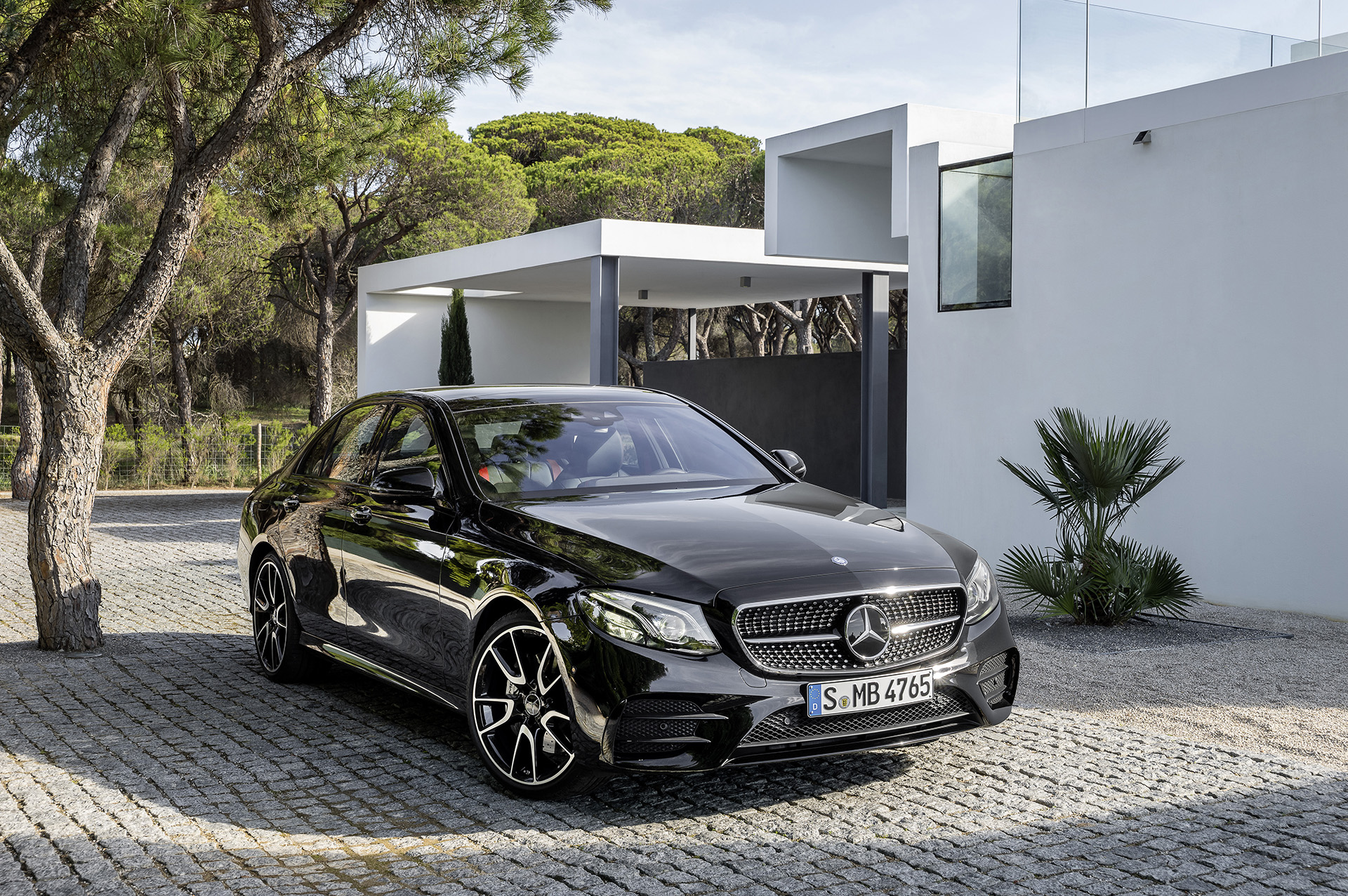 There’s a new bad boy in Europe. We’ve seen it first at Geneva Motor Show two weeks ago, but not as a high-class puncher. This time, it’s ready to be unleashed on the streets, so beware!

The Mercedes-AMG E 43 4Matic is like Chuck Norris at an exclusive soiree: it packs 401 hp, but it looks as elegant as it can be. There is no element to ruin the body-lines fluency, though the sporty-looking rims, the two chromed exhaust tailpipes, the discrete rear wing and the restyled bumpers make you wonder if it’s a regular saloon. Well, it’s not: it does 100 km/h in 4.6 seconds thanks to its four-wheel drive system. The torque is sent mainly to the rear wheels, having a front-to-rear ratio of 31:69 percent. It maintains the car’s rear-wheel drive-like sporty behavior, while offering outstanding grip at take-off and in fast cornering. To keep the car on-course, AMG fitted an air body control suspension, with adaptive damping system. Being more rigid than ever before, it brings extra agility and supports the increased engine performance.

Speaking of the propulsion, the V6 biturbo has been upgraded by the engineers to provide an extra 34 hp compared to its previous version, while the 520 Nm of torque are available between 2500 and 5000 rpm. The two large turbochargers are positioned near the engine, for instant boost, while the cylinder’s Nanoslide coating is derived from the one in Formula 1 ensures low friction, therefore excellent consumption figures: 8.3 l/100 km combined (189 g/km CO2 emissions). All these performances would be useless without a proper transmission. The fast and efficient 9G-Tronic shares the same double-declutching function with the one from C 43 AMG Coupe, enhancing the race-car feeling.

Onboard, the sporty character is emphasized by the red elements which, on the black upholstery, scream “poweeer!”. Whether the red seatbelts are cool or not, it’s a matter of taste, but I have to admit that the red stitching looks sporty, without ruin the interior’s elegance. You’ll see for yourself if it looks good starting next week, at the New York International Auto Show. If you’ll like what you see, you’ll be able to order it from 20 June and to drive it from September.