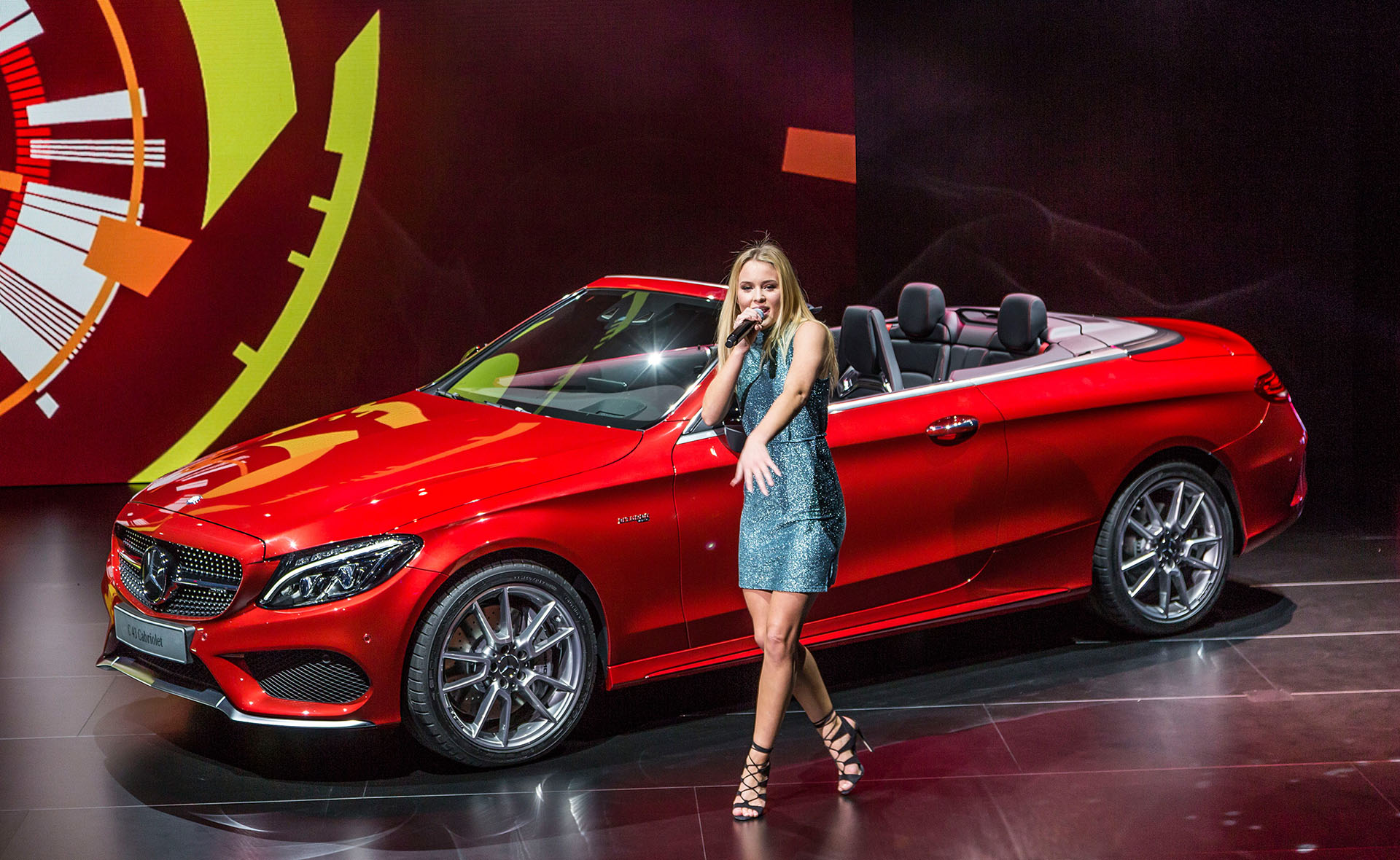 One of the stars at Mercedes‘ stand in Geneva is the new C-Class Cabriolet. It came in one of its fastest version, the C43 AMG.

It’s important because it’s the first C-Class Convertible in Mercedes’ history. In the C43 AMG version, it boasts 367 hp from a 3-liter V6 biturbo engine and it sends all of them to the road via a four-wheel drive system. The soft top can be completely opened in 20 seconds, up to a speed of 50 km/h. Though at Mercedes stand both cars had the tops folded, Mercedes announced four optional colors for its cloth: red, blue, brown and black.

The next car presented at Geneva is the new E-Class, which will be on sale starting this spring. It was engineered with an eye on the F 015 Luxury in Motion vehicle, from which it it borrowed many innovations. Probably the most important of them is Drive Pilot, a semi-autonomous driving system able to follow a vehicle at up to 210 km/h, on country roads or motorways. It is combined with other active safety systems, like Evasive Steering Assist and Active Brake Assist with cross traffic function. More, if you want to park the car without touching the controls, there’s available a new Parking Pilot, remotely controlled via smartphone app.

The new E-Class is the first production vehicle able to communicate with other “smart” vehicles and to specific infrastructure, thanks to the Car-to-X communication. Being the first-of-a-kind, I wonder with what other car will it exchange information. Regarding the engines, it presents an entirely-new 2 liter engine, developing 194 hp and reaching an extremely low NEDC average fuel consumption of just 3.9 l/100km. Speaking of fuel economy: the plug-in hybrid E 350 drinks only 2.1 l/100km while offering 550Nm of torque.