Ford Atlas Concept is more than meets the eye 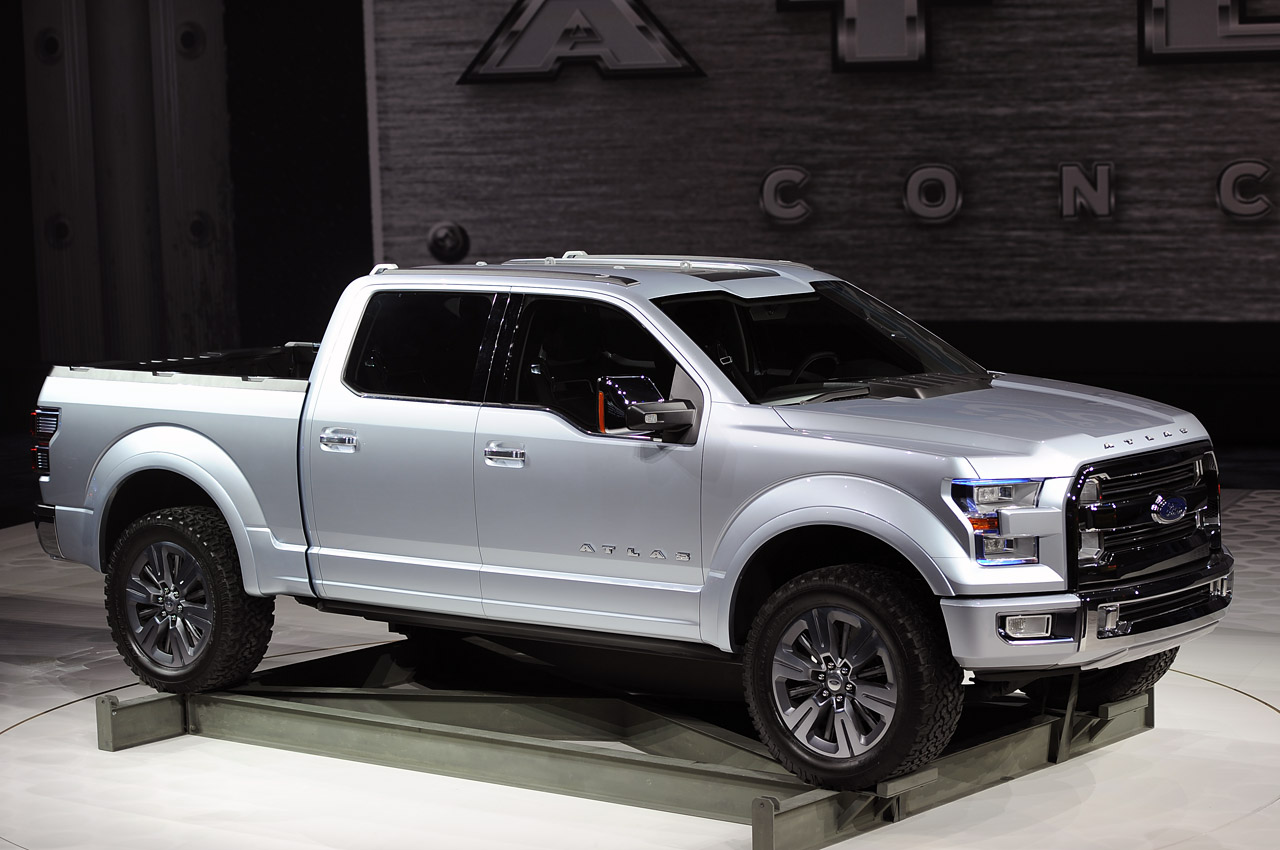 This one however is about as much as you can get of both these worlds. It’s called the Ford Atlas, currently being in concept state.

No crossing over to the world of production cars will happen but it is said to be a fairly good box of details and ideas of what such a thing may come from Ford eventually.

The next generation of the Ford F-150 pickup will be what gets inspired by the Atlas Concept. If they really do, that’ll be quite the pickup.

I know it’s a market leader and a world record holding one at that but boy do they plan to fill it with technology, advanced features and so on.

Active bodywork will determine whether or not you are going on a highway or forest road to open various vents, adjust ride height and deploy running boards.

This way you get fuel economy or off-road capability adapted to suit needs. The new frame construction which will lose weight is already a given but the new 360 degree camera isn’t.

If it does happen, boy, would that be an interesting gadget to have when rock crawling or maneuvering through a busy work site.

Speaking of work, Ford’s Atlas Concept features a Dynamic Hitch system. This is a device which can automatically line up the pickup’s tow hitch to a trailer.

Engine lineups are bound to get a makeover with even more emphasis being made on the Ford EcoBoost engines so really, the F-150 doesn’t seem like it will lose its place soon.