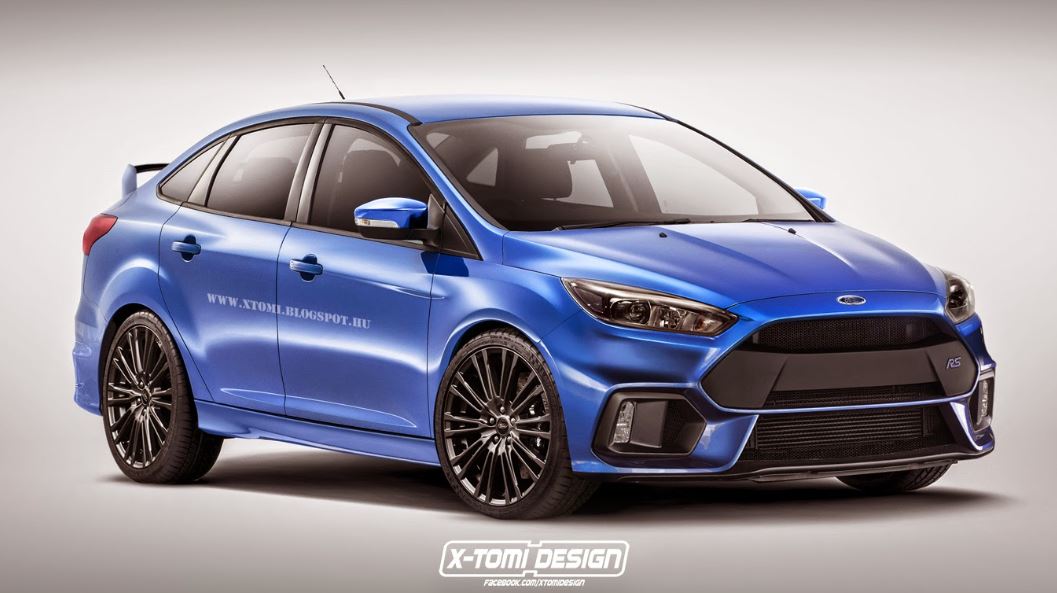 The Ford Focus RS is a killer and that didn’t stop artist designers to play with its body a little bit. It was also the case of X-Tomi Design to render the hot racer wearing a sedan body style, even if the carmaker does not plan such a model in the near future.

But it is good to know that the Ford Focus RS Sedan is wearing some elements also seen on the Mitsubishi Lancer Evo, with performance parts both at the front and rear end. These renderings might also fuel a next-generation estate version as well. So we should actually enjoy the two renderings offered here by the artist.

To be a reminder, the Ford Focus RS is coming with a five-door body style and was officially unveiled a couple of days but will set the first paces only at the 2015 Geneva Motor Show, starting this March.

Little it is known about the model, but we did find out that the next-gen Focus RS would come with a 2.3-liter four-cylinder EcoBoost unit under the hood, developing 315 horsepower. More details concerning full performance specs will be announced later on, in Geneva!