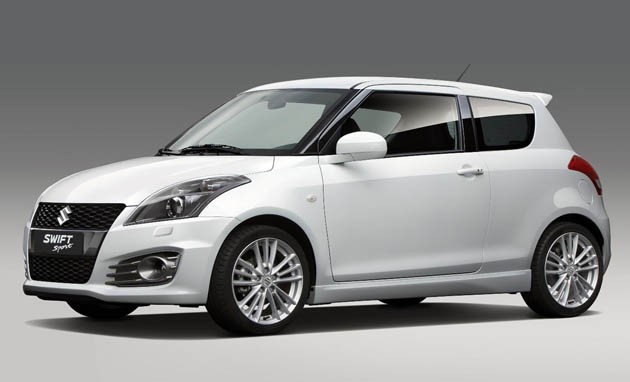 I just love it how some of the car makers nowadays still go: “you know what, we ain’t waiting until they start the show” and give us a considerable preview of what they plan to unveil at the event.

In this particular situation, we find the Japanese at Suzuki who are ready to tell us what the 2012 Swift Sport is going to be like with a not inconsiderable amount of official details.

So forget all of the rumored this and rumored that, we are getting the real scoop on what some would refer to as the modern day equivalent of the Mini Cooper.

It was always a pretty looking car and, unlike many of these sort of updates, Suzuki managed not to screw up the 2012 Swift with some trendy updates.

New details appear on the front bumper, the sideskirts, the rear bumper and, of course, we get a new set of alloy wheels.

Under the bonnet there’s a 1.6 liter four-cylinder naturally aspirated engine that was developed specifically for this model.

The engine of the 2012 Suzuki Swift Sport might end up coming forward with plenty of ups and downs. As it happens it produces no more than a modest 134 horsepower and 118 pound-feet of torque.

That’s a little disappointing but then again, the promised custom made feel, the very light design this Japanese hatchback and a new transmission could work together to give you the most out of that small engine.

Suzuki promises that this Frankfurt Motor Show will see them unveil a 2012 Swift Sport with a six speed manual gearbox the likes of which all true petrolheads can appreciate.

Another of the up and down delivery from Suzuki could be found within the suspension setup they plan to use on the 201 Sport.

The Japanese describe it as a performance-optimized suspension which sounds great, but then again, just about everything that comes from the Land of the Rising sun with this sort of description is usually beyond normal road usage without messing up your back.

Sports features are fun, but the 2012 Suzuki Swift Sport also has some special safety options included as standard. There’s a stiff, impact-absorbing body, seven airbags and even the ESP.