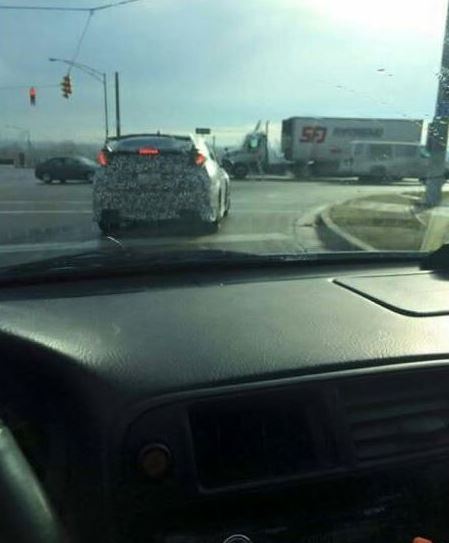 After already been caught on shots by spy photographers from Inautonews online auto magazine, the upcoming Honda Civic Type R was also spotted while cruising the streets in Ohio, United States. The Type R was wearing some camouflage all over the body, the model announcing considerable changes.

The Honda Japanese is planning to introduce the next-gen Honda Civic Type R, the legendary sports now being spotted in a test mule, before being officially launched at the end of the year or at the beginning of next year.

Even if the camouflage doesn’t reveal too much, we might depict a new aggressive body kit surrounding the front and rear end, with the model to receive new elements, like front and rear bumpers, aerodynamic side skirts, extended front fenders, rear diffuser, the long-expected four tailpipe exhaust system and much more.

Since we are talking here about an R version, the next generation Honda Civic Type will also come with increased powertrain under the hood, meaning that it will be fitted with a 2.0-liter four-cylinder turbocharged petrol unit, which outputs 320 horsepower, enough to take on the Focus RS, Megane RS or the Mercedes-Benz A45 AMG.