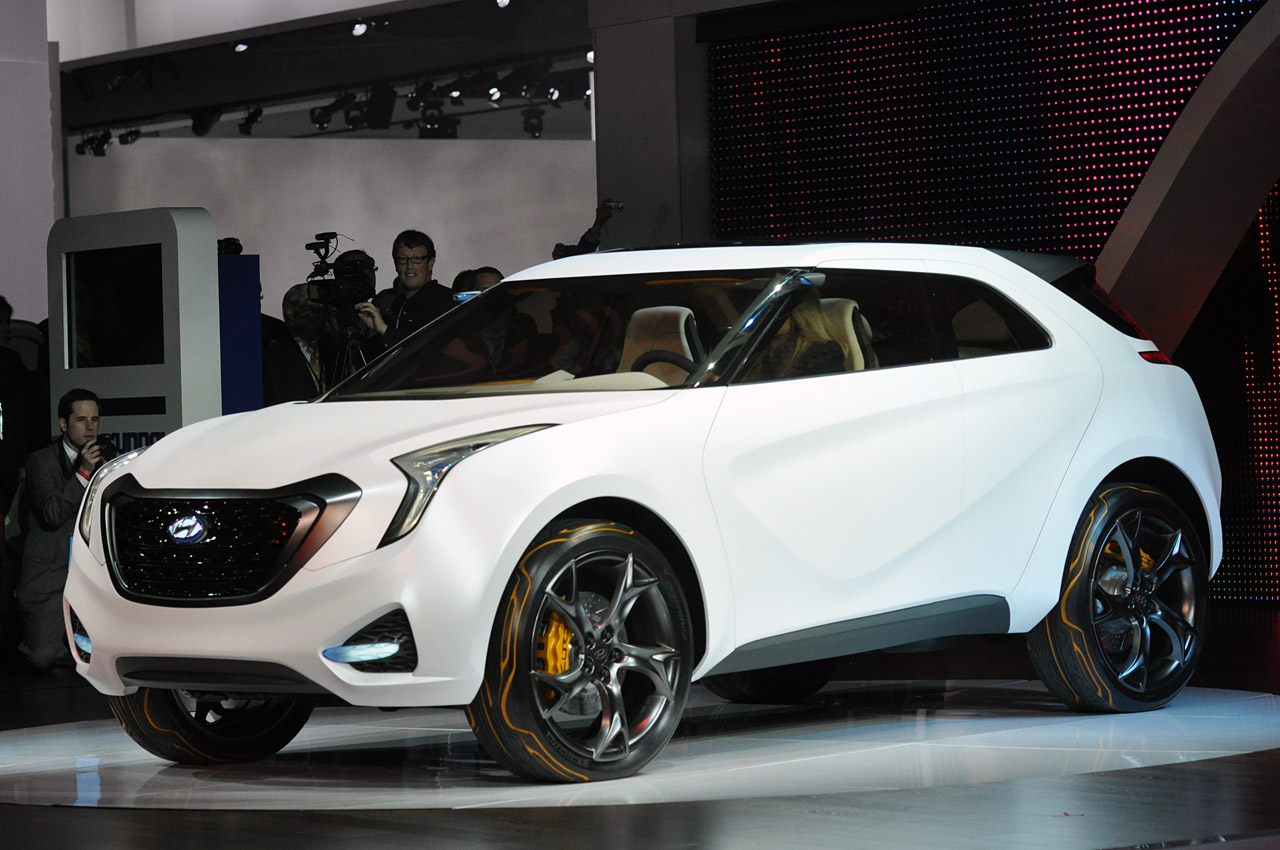 The Korean automotive industry is just riding the wave, increased sales, increased markets, increased plans and the list goes on and on.

This must be the sort of thing that empowered Hyundai to bring the Curb Concept to Detroit and do some smack talking of the opposition.

Why do that, I mean the Hyundai Curb Concept isn’t exactly that big a leap forward in terms of concept design and yet Hyundai has some seriously aggressive marketing.

Why would they do that. For a simple reason actually. Within the crossover market you aren’t going to get much in terms of design aesthetics, not if you’re under 80 and have a clear sight.

This makes the Hyundai Curb Concept quite the promise of a future crossover that young people would love to own. Yes, the Scion xB was supposed to have been the first urban vehicle designed for young people but if you leave that parked next to a brick wall it’ll look like it’s structurally integral to it. And then there’s the Nissan Juke, a car which has the same appeal as a YoYo. With all the good and bad that brings along.

At the end of the day, Korean or not, the Hyundai Curb might just make your day. I just wish I knew when it would leave for the production line instead of standing around as a concept car.

I’m so anxious to see this car on the road I’m actually forgiving it’s orange accented tires and the small 1.6 liter engine.