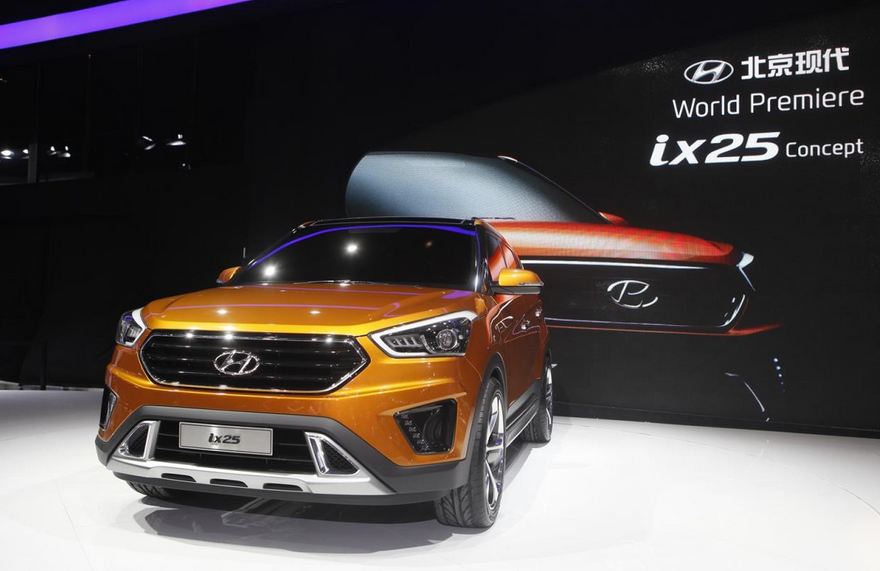 Hyundai unveiled a new concept model, the ix25 Concept, at the Beijing Motor Show. Compared to most of the other concepts, the Korean model has already received the green light for production.

To be more specific, Hyundai plans to debut the new model towards the end of this year on the Chinese market.

At the exterior, the crossover sports revised bumpers, a new front grille and large alloy wheels. Measuring 4,27 meters long and 1,78 meters wide, the model is classified as a small-sized SUV by the carmaker.

“We will now prepare for another successful decade in China through the launch of high-quality models such as the ix25 SUV, which is strategically-developed for China, and the all-new Genesis introduced today,” adds the company.

Under the hood, the Hyundai ix25 concept is fitted with a 2.0-liter Nu engine which is expected to be offered on the production model as well. There are no details about the interior features but you should expect some concept-like parts which won’t be seen on the final model.