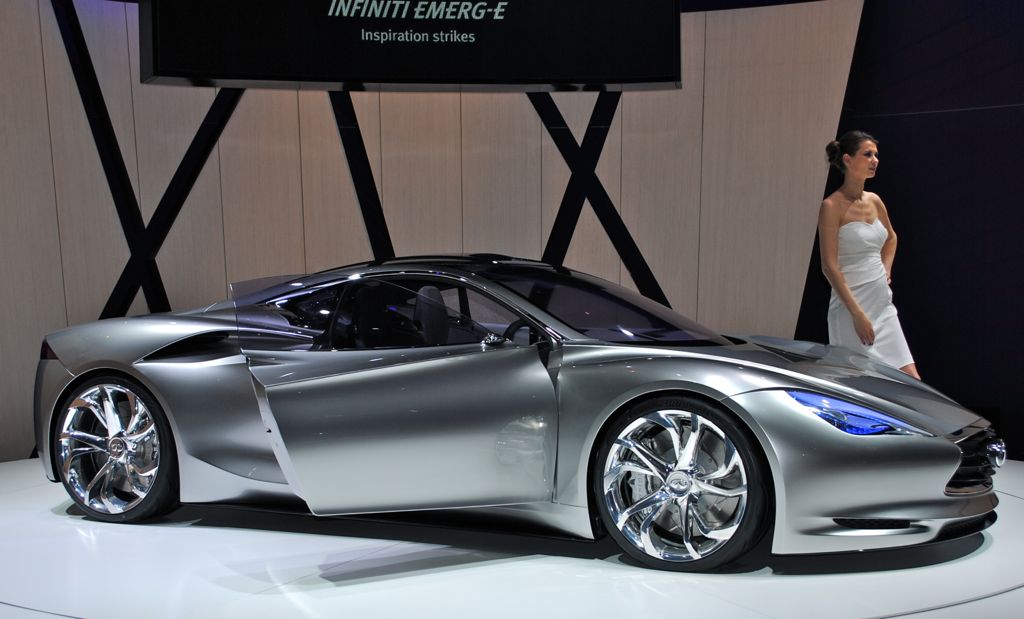 Infiniti managed to make a few waves with their Emerg-E concept during this year’s Geneva Motor Show. Since then, memories of it have been fading away.

This must be why Nissan’s luxury division decided to bring the design concept study back into the attention of the media.

That sounds like a great idea but it seems to have been done in a rather poor fashion as it’s the announcing of some unsurprising and not entirely new information.

They’ve announced the underpinnings of the concept; it’s the lovable Lotus Evora supercar.

Though this was mostly speculated and such, the presenters of Youtube channel Drive seemed to have a proper handle on this idea several weeks ago.

Infiniti did mention that the Emerg-E platform is actually the one that is found underneath the Lotus 414E. Since that’s just a derivative of the Evora, that’s just a mere technicality.

What people were really hoping for from Infiniti was the sending of the Emerg-E concept into production. It’s been hinted and is a genuine possibility but no word was uttered.

Here’s were things actually get a little interesting. There are plenty of cars that have Lotus work on their suspension setups or chassis designs, but Infiniti didn’t go there for that.

They actually used the Lotus Evora platform so that they can access special funding from Great Britain’s Technology Strategy Board in order to develop the concept.

Who knows, maybe a few other turns and costs to other governments could see Infiniti eventually turn out a production version of the Emerg-E concept.