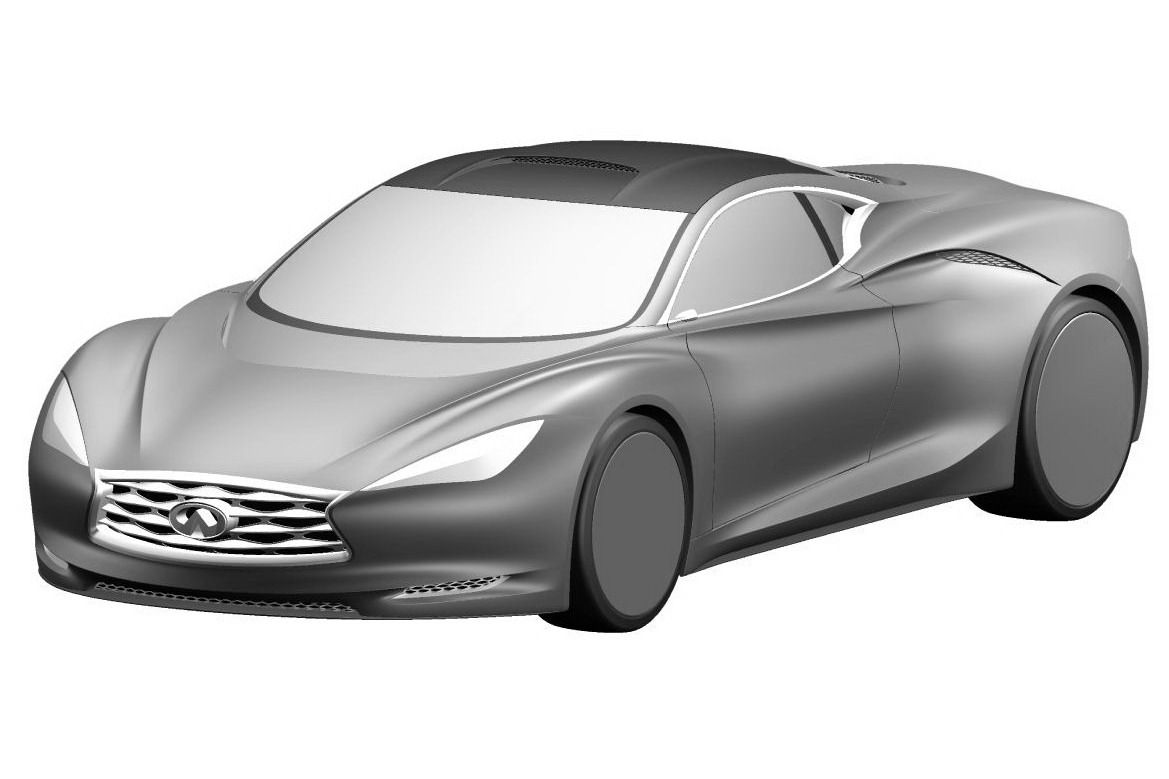 If I were the Jaguar C-X75, I’d be a little worried by now since some very interesting patent drawings have leaked out recently.

Allegedly they feature an upcoming concept from Nissan’s luxury division, Infiniti. Most likely it’s the Emerg-E concept we’ve heard of through the grapevine.

While the Jaguar is headed for production, the Infiniti concept we see here isn’t ready to give us any confirmation on that front.

As any patent drawing leaks, we’re looking at a fairly basic shape, no colors and very vague shading of its shapes.

Even so, it’s easy to see the corporate feel of the front end and a slight hint of Pagani Huayra design from there towards the back.

The new Infiniti Emerg-E concept would be a performance oriented machine with what seems like a mid engined setup.

Since however it’s an electric concept we’re dealing with, there are a lot of configurations available for the main power sources.

What will be mounted somewhere round the middle is the inevitable range extender. Perhaps some of the battery pack will finish up the mass distribution setup.

According to some reports, the Infiniti Emerg-E supercar will have resorted to this arrangement purely in pursuit of handling.

An official debut for the Infiniti Emerg-E concept is scheduled for the Geneva Motor Show but as far as that production report is concerned, there’s no date on it.

Hopefully, now that the patent drawings have emerged we’ll get a press release including some more detailed shots from Infiniti or at least better teasers.