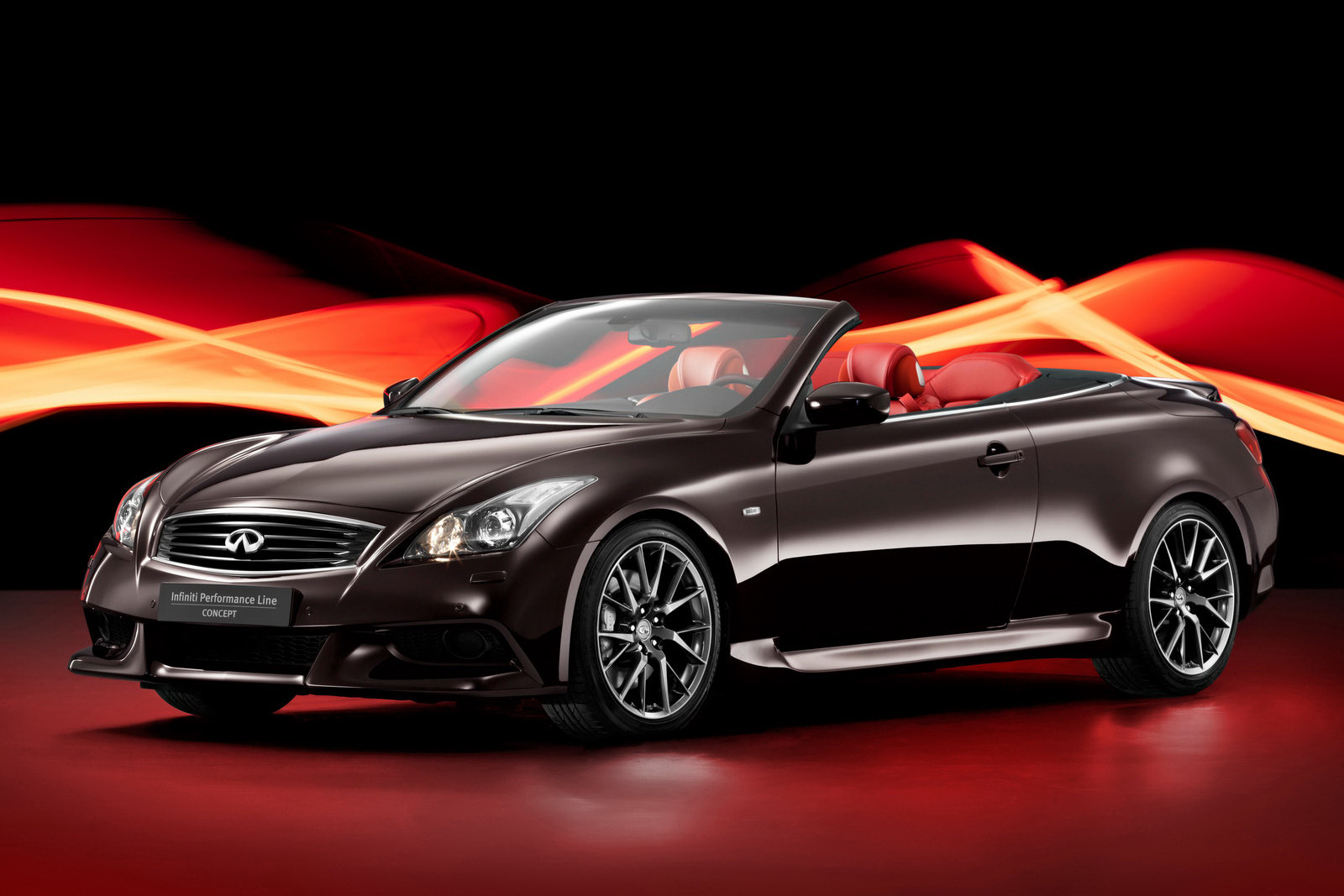 Next week’s 2010 Mondial de l’Automobile, or this year’s Paris Motor Show for those who don’t appreciate poncy people who speak marketing.

The Infiniti Performance Line (IPL for short) G Cabrio Concept is the second car to sport the Japanese luxury firm’s sporty badge after the introduction of the G Coupe in North America back in the summer.

Speaking of the G Coupe, the Cabrio Concept clearly shares some lines with it and underneath there’s a lot of mods that are common with the permanently roofed version. Under the bonnet of you’ll find a modified version of the standard car’s 3.7 liter V6 delivering 338 horsepower at 7,400 rpm and 374 Nm of torque at peak. The new power will now get the car from 0 to 62 in under 6 seconds and it will continue to push the car up to a top speed, that’s no longer electronically limited, of 168 mph. Another important technical update can be found within the model’s suspension which now features 10% stiffer springs and recalibrated dampers, while the body sits a little lower to the ground getting some more stance.

As far as exterior upgrades are concerned the list includes a new front bumper, blacked-out grille and headlight surrounds, sculptured side sill extensions and a boot lid spoiler. The huge exhaust tail pipes and 19 inch 7 spoke rims complete the stanced look of the luxury coupe.

One thing is bothersome though, the car is called a Concept still, which means that it will receive some changes before getting to hit the market.